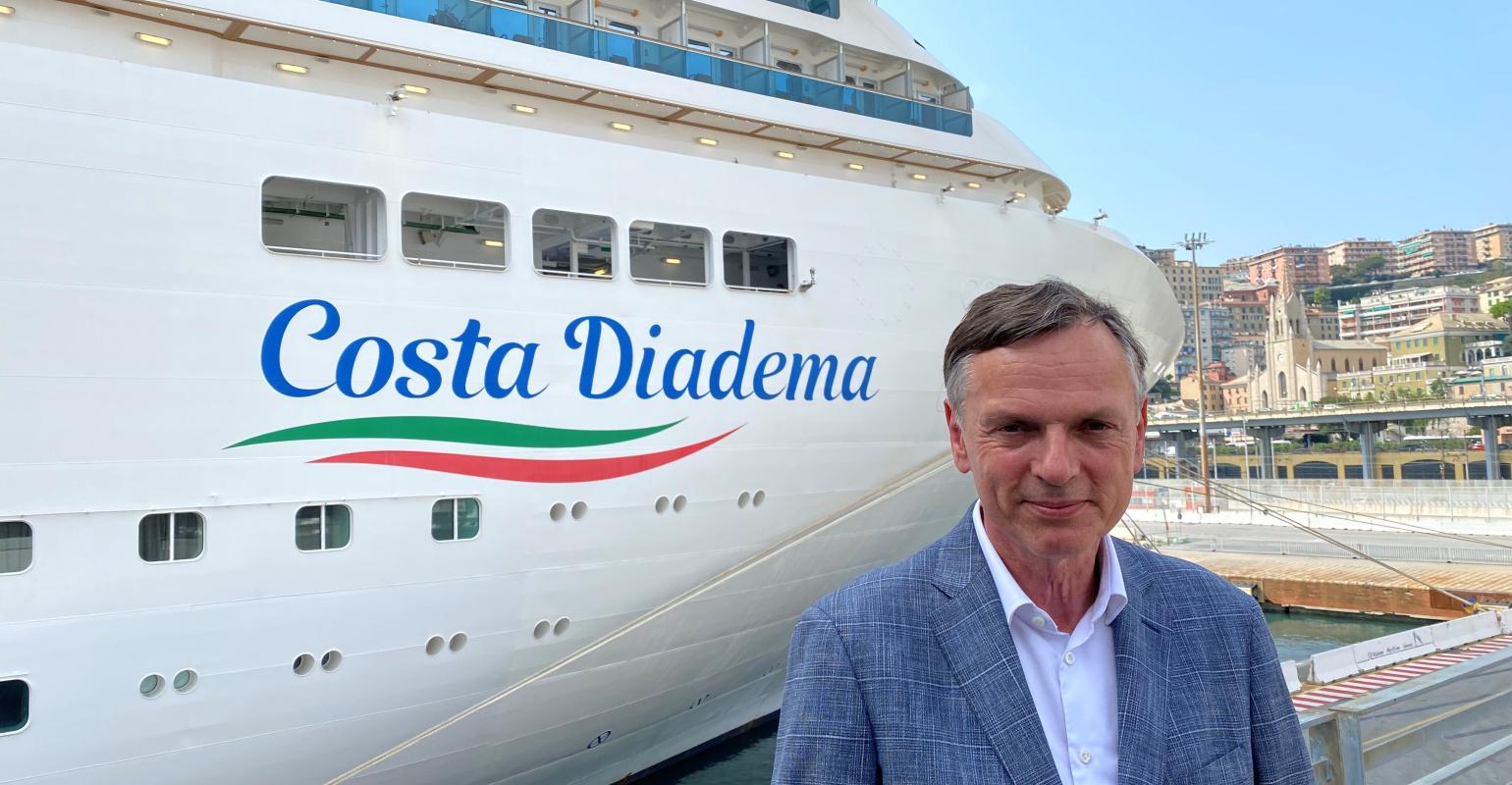 Genoa and Costa are as one, Thamm says

With Costa Diadema’s resumption of cruising from Genoa last Saturday and newbuild Costa Firenze set to make her first sailing from there on December 27, Costa is looking to further boost its presence in the Ligurian capital, according to Michael Thamm, CEO, Costa Group & Carnival Asia.

During a meeting at the port with local media, Thamm referenced Genoa as Costa’s home for over 70 years and reminded of the company's plans to build a new cruise terminal. ‘Genoa and Costa are “one together” with around 1,000 employees and families to be protected,’ he said.

‘Costa Diadema’s restart from Genoa is great news for the present but also for the future, as we haven’t changed our plans, even in this difficult moment, to build a new cruise terminal in Liguria’s capital.'

Thamm added, ‘We have a responsibility to turn this difficult situation into an opportunity to come back stronger than ever, and to continue to develop the tourism and economic ecosystem of the destinations. We want to do it in close cooperation with all our stakeholders and we believe that Liguria has a leading role to play with us in becoming a model for others.’

Costa Firenze to remain in the Mediterranean for a year

Heralding the impending arrival of Costa Firenze, undergoing final fitting out at Fincantieri’s Marghera yard, Thamm said the ship will be delivered on December 16.

‘We haven’t decided yet where to christen our newest ship,’ he said, ‘but Costa Firenze will begin Med cruising from Genoa on December 27 and will remain in the Mediterranean for a year,' he stated. Future deployment plans ‘will depend on the pandemic’s development,'

Thamm talked about the introduction of bigger ships such as Costa Smeralda, ‘which require state-of-art infrastructure, like the new passenger terminals planned for Genoa and La Spezia, but at the same time sustainable innovation to improve environmental performance in ports, such as shore power and LNG.’

Thamm said discussions are ongoing with local authorities regarding the new terminal in Genoa, which he hopes would be ready to use in 2023, ‘depending on building plan approval.'

He also spoke of the possibility of refuelling LNG ships in Genoa in future. ‘We are keen to add our knowledge and the experience we are developing in this sector and in case we are asked, we could also evaluate a potential investment,' Thamm added.