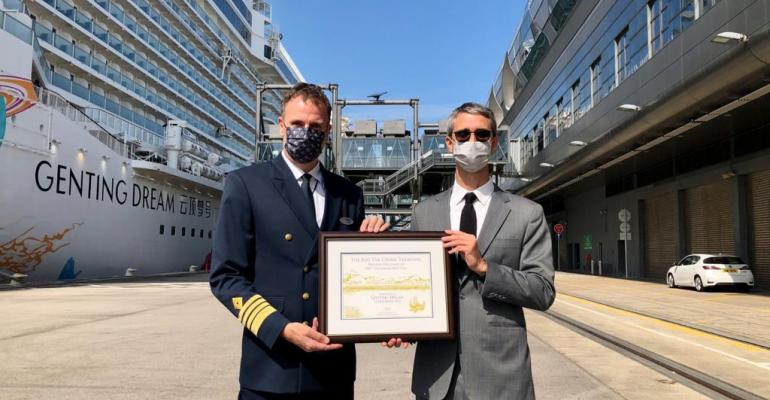 Since Kai Tak Cruise Terminal opened in 2013, Genting Cruise Lines has accounted for 50% of all cruise calls to the terminal.

Since resuming cruising from Hong Kong in July, Genting Dream has welcomed over 65,000 guests.

According to a recent survey conducted by Genting Cruise Lines in September this year,  respondents who indicated that they would be likely to take a cruise within the next 12 months increased nearly 30% year-on-year for people who had cruised previously and nearly tripled for non-cruisers.

The cruise line reports bookings for Genting Dream have continued to be strong since the start of operations with an average capacity of over 90% (based on the required 50% reduced capacity) and high demand for upcoming cruises as well. Repeat guests also increased 28% from the same period in 2019, the last time that a similar comparison could be drawn.

‘Following on the recent announcement of World Dream completing one year of operations in Singapore since COVID-19, Genting Cruise Lines is doubly proud to have achieved this second milestone for Dream Cruises in Hong Kong,’ said Kent Zhu, President of Genting Cruise Lines.

As a result of international travel restrictions curtailing destination itineraries, a change in consumer behaviour can be seen as activities that were previously popular before COVID-19, such as sightseeing and shopping, are now replaced with on board pastimes with over two-thirds of survey respondents citing entertainment options a top priority, nearly two-thirds interested in spa & wellness and over half looking to participate in enrichment talks and workshops, noted the company.