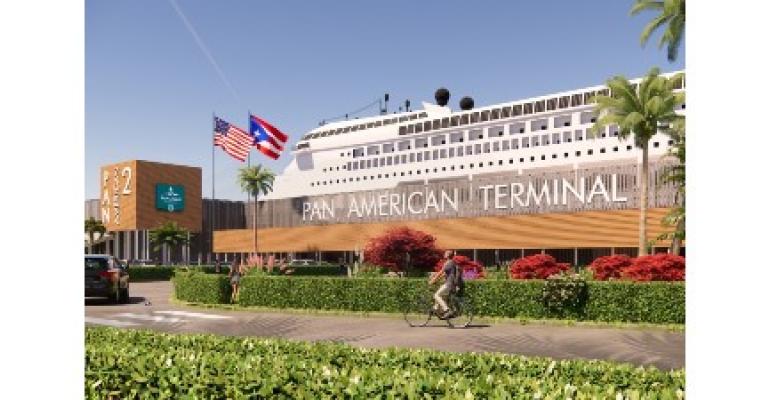 Pier and terminal upgrades are planned

'Our work to transform this port will see hundreds of millions of US dollars invested into San Juan Cruise Port, all financed by private capital,' GPH Chairman and CEO Mehmet Kutman said. 'Our plans include building a new cruise pier, a state-of-the-art cruise terminal and significant enhancements to the public infrastructure.'

Speaking at a news conference in San Juan today, GPH's Federico Gonzalez-Denton, GM of San Juan Cruise Port, expressed pleasure in returning to his native island and the opportunity to 'transform the city I love into the leading Caribbean cruise port and possibly one of the best in the world.'

He said GPH will be providing jobs for many Puerto Ricans.

'It's a transformaltional moment for us and for me personally. I've been working with Puerto Rico for many years [previously as a cruise line executive]. This is very fulfilling. I'm looking forward to making it the best cruise port possible,' he told Seatrade Cruise News.

Murphy also said he looks forward to communicating plans with the community and other stakeholders.

On hand for today's announcement were representatives of MSC Cruises, Virgin Voyages and Norwegian Cruise Line.

San Juan — which handled 1.8m unique passengers in 2019 (including about 400,000 homeport passengers) — will become the third largest cruise port in GPH’s global network.

Under the concession terms, GPH will pay an upfront concession fee of $75m to the Puerto Rico Ports Authority. During an initial investment phase, GPH will spend approximately $100m, primarily focused on critical infrastructure repairs at Piers 1 and 4 and Pan American Piers 1 and II, and upgrades of the terminal buildings and the walkways.

A second investment phase will commence subject to certain pre-agreed criteria, including cruise passenger volumes recovering to pre-pandemic levels. In this phase, GPH will invest an estimated $250m to expand the capacity of the cruise port by building a new pier and homeport terminal capable of handling the world’s largest cruise ships at Piers 11 and 12.

As well as investing in the port’s infrastructure, GPH said it will invest to modernize the cruise port experience for passengers, lines and local vendors, and will implement systems, equipment and technology to enhance the operational performance and ensure environmental protection, safety and security.

Subject to the satisfaction of the closing conditions, including financing, the concession’s financial close and commencement of operations are expected to occur by early 2023.