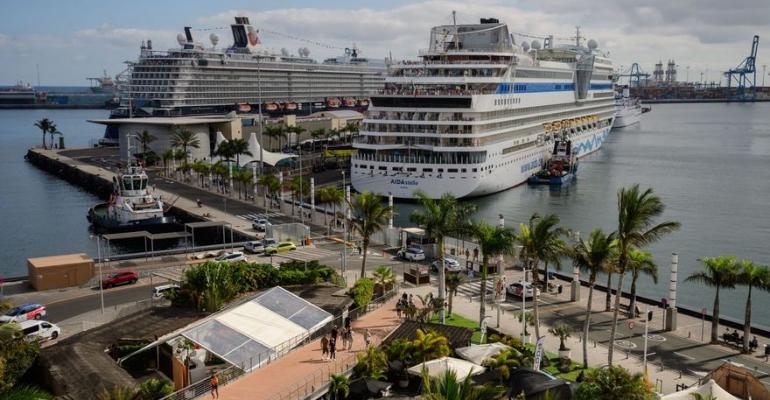 It means Global Ports will begin managing their cruise operations ahead of the peak winter season for Canary Island cruises. The concession for Las Palmas, the largest port among the three, is for 40 years; concessions for the two other ports are 20 years.

It follows the successful completion of the request for proposal (RFP) process.

GPCI will subsequently invest approximately €40m into constructing a new cruise terminal in Las Palmas and modular terminal facilities in Marmoles pier in Arrecife and Puerto del Rosario in Fuerteventura. The debt financing for these projects is expected to be secured by local banks, with GPH stating it is ‘in advanced discussion’ regarding the funding.

A boost to local cruise tourism

Mehmet Kutman, chairman and CEO, Global Ports Holding, said, ‘The addition of these ports to our network is a testament to the strength of GPH’s proposition as the world’s largest independent cruise port operator. We help create well-run, well-invested world-leading cruise port facilities for the benefit of all stakeholders.’

He went on to explain, ‘Las Palmas, located in the South Atlantic at the Canaries, is very popular for winter cruising thanks to the archipelago’s mild climate. A major cruise port, Las Palmas is also a year-round destination thanks to its international air connections. With its sandy beaches and beautiful turquoise waters, Las Palmas brings together culture and scenery… We look forward to working in partnership with all stakeholders to increase the economic benefit of cruise tourism in their localities.’

The final acceptance for the concessions at the Canary Island cruise ports comes after Global Ports’ announcement on July 11 that GPCI had agreed terms for the Las Palmas Cruise Port concession. Previously, on November 10, 2021 Global Ports revealed that GPCI had been awarded preferred bidder status in the RFP process.

The addition of the ports takes the total number of cruise ports in GPH’s network to 24 across the Caribbean, Mediterranean, South Atlantic, Asia and Northern European cruise regions.