Grand Turk Cruise Center to get $25m in improvements 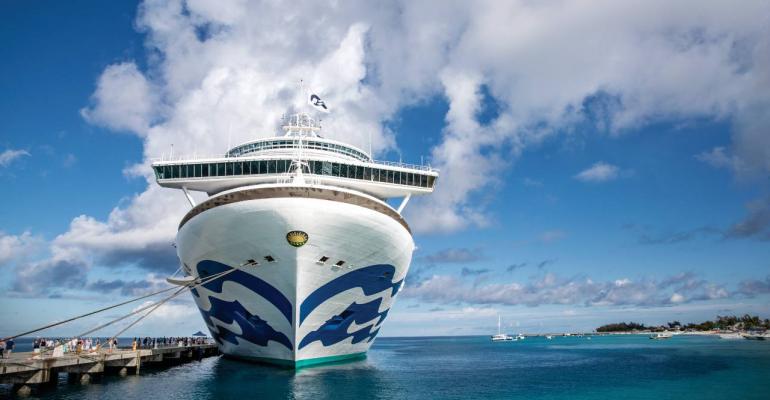 Grand Princess alongside at Grand Turk, where the dock will be expanded to handle larger ships

Grand Turk Cruise Center, set to open in December after 21 months of no ships, will be getting $25m in improvements.

Turks and Caicos Premier C. Washington Misick today signed an agreement with Carnival Corp. & plc highlighted by the investment that includes an extension of the dock to accommodate larger ships and improvements to the reception facilities.

The agreement follows the government’s efforts to accelerate negotiations that began when Misick came into office in February, at a time that marked approximately one year since cruise ships arrived to Grand Turk.

It is estimated that in March 2020 when the port closed, more than 1,450 people were employed in cruise tourism with employee wage income totaling over $26.8m a year. The sector was on a growth trajectory with direct cruise tourism expenditure expected to surpass $86.5m and estimated passenger and crew arrivals expected to exceed 1.2m annually.

As cruising resumes, the government said is focused on working with the community to deliver an exceptional overall experience for passengers and to ensure the safety and security of both visitors and residents.

One of Carnival's most popular destinations

'As part of our overall restart efforts, we are very excited to be returning to Turks and Caicos later this year, and to once again be able to treat our guests to the beauty and wonder surrounding our home in Grand Turk,' said Arnold Donald, president and CEO, Carnival Corp. & plc. 'We continue to be grateful for our long-standing partnership with Turks and Caicos, and look forward to working together on the expansion of the Grand Turk Cruise Center, which will bring more guests to one of our most popular destinations while providing ongoing positive economic impact to the people of Turks and Caicos and the communities in which they live.'

For his part, Misick said: 'We look forward to long-lasting strategic alliances and joint initiatives with partners that will foster the economic growth of the Turks and Caicos Islands, creating opportunities for households across the country, making it possible for individual workers and entrepreneurs to earn more, and to achieve a higher standard of living and where businesses thrive and grow.'