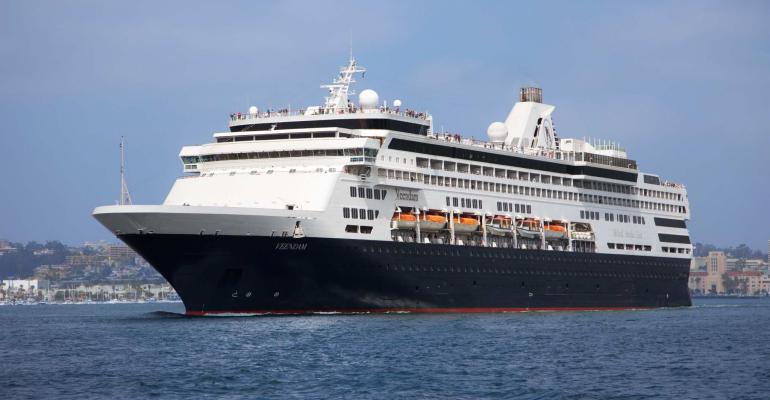 After several false starts cruising in the Greek islands and wider East Mediterranean appears set to restart in September, though the recent coronavirus spike could still play a hand.

However, in recent days the cases of COVID-19 have increased in countries including Greece.

The pandemic has cost Greece an estimated $1.12bn in revenue and set the Greek cruise industry back at least three years after years of steady growth.

While pre-COVID-19 the cruise industry contributed revenues of around €1bn ($1.12bn) per year, the 2020 year will struggle to reach €100m, according to the Union of Cruise Shipowners and Associated Members (EEKFN) president, Theodoros Kontes.

In an EEKFN statement, Kontes stressed clouds still hang over Greek cruise tourism, pointing out it’s essential that coronavirus on cruise ships be avoided and warned the planned restart of cruising in Greece will be particularly difficult and time-consuming, and even without new upheavals recovery will take 'at least two to three years.'

Kontes pointed out the recent spike in COVID-19 will 'certainly concern the competent government bodies responsible for protecting our health and the tourist destinations in the safest possible way. We must not forget what happened in March-April, when cases appeared on ships, which eventually led to the lockdown of Greek ports.'

Kontes said it's a fact the cruise industry has suffered serious losses, with the almost universal lockdown. 'Ships were removed from the market, being sold for scrap, many newbuildings were postponed and operators faced difficulties meeting loan obligations.'

He continued: 'Greece must remain one of the top destinations in the Mediterranean and retain its particular preference for most markets.' He contends the focus should be on the ways to regain the trust of those who choose to cruise.

'Our union is in constant communication with all competent government bodies regarding the best and safest implementation of the measures, mentioning the peculiarities of tourist destinations in terms of infrastructure and ways of serving ships,' Kontes said,

The union estimates that of some 445 cruise ships, 2020 will not see more than 50 operating.

One of those will be MSC Cruises’ MSC Magnifica, set to start serving the East Mediterranean on Sept. 26 after pushing back a tentative start date of Aug. 24. However, UK’s Marella Cruises has canceled plans to have a vessel visit Corfu from October.

However, the problems with a relaunch are evident with MSC saying the rescheduling of the 3,322-passenger MSC Magnifica was 'necessary when Italian authorities upped the checking of Italian visitors to Greece when they returned to Italy.' This in turn led to cancellations and a decrease in demand for the cruise which departs Bari and calls at Corfu, Katakolon, Piraeus and Trieste. MSC believes interest will return when Italian authorities ease the checking restrictions after Sept. 7.

Seajets snaps up Veendam and Maasdam

Illiopoulos caught the market by surprise in July when he took Seajets into the overnight cruise sector with the purchase of the former Oceana, 77,499gt, built 2000, from P&O Cruises.

Now it has emerged the operator of 21 highspeed ferries has acquired three cruise ships in recent weeks. End of August, Seajets took delivery of another two vessels from the same stable: the 57,100gt Veendam, built 1996, and the 55,600gt Maasdam, built 1993, which were operated by Holland America Line.

Veendam has been renamed Aegean Majesty and was delivered in Katakolon. Maasdam was docked in Piraeus when delivered.

No price has been revealed for any of the deals, and Denis Vernardakis, CEO of Masters Cruise & Ferry Shipbrokers, said strict confidentiality clauses were in place. He said the ships are in ‘warm layup’ but would not comment on market speculation the purchases are an asset play by 52-year-old Iliopoulos.

It is certain the three ships changed hands for just a fraction of the value they had before the pandemic wreaked havoc in the industry. London-based broker VesselsValue said Veendam was worth more than $130m in 2019 but now believes the ship could be worth less than $30m, though actual deals may differ widely from such levels.

While COVID-19 has brought a pause to cruise operations, the sector has taken the opportunity to look to the future. With the larger cruise companies selling and scrapping ships as they take delivery of newbuildings, Vernardakis late July had said Greek interests were inspecting vessels for sale and that 'at least two more cruise ships will join Greek operators in August.'

Celestyal Cruises, which has suspended operations until March, recently purchased Costa neoRomantica, built 1993, from Costa Cruises. The 1,800-passenger ship, to be renamed Celestyal Experience, will be the largest unit in the now-three ship Celestyal fleet, at 56,800gt joining the 37,800gt Celestyal Olympia, built 1982, and the 25,600gt Celestyal Crystal, built 1980.