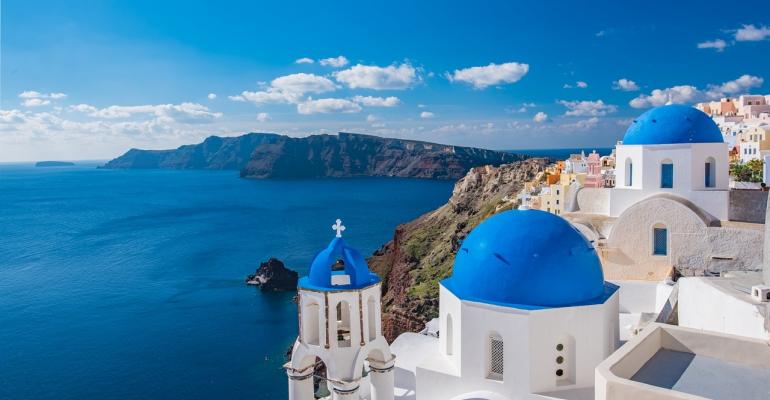 Greece is pinning its hopes on a May 14 opening for tourism, according to Tourism Minister Haris Theocharis, and with the relaunch, the country’s cruise industry is full speed ahead with preparations for the reopening of cruising.

Restoring cruise travel to Greece once the COVID-19 pandemic subsides topped the agenda of a recent teleconference between Theoharis and Cruise Lines International Association, with Theoharis underlining the importance of cruising to Greece and the steps being taken to restart once the conditions allow.

Important to the Greek economy

'Cruise, as one of the main forms of tourism for our country, is very important for the Greek economy. Therefore, it is necessary to maximise cooperation and efforts in order for cruise to resume safely as soon as possible,' he said. Cruise companies and operators participating in the teleconference included Carnival Group, Celebrity Cruises/Royal Caribbean, Celestyal Cruises, Costa Cruises, Marella Cruises, MSC Cruises, Mystic Cruises, Norwegian Cruise Line, Ponant, Royal Caribbean Group, Silversea Cruises and TUI Cruises.

Theoharis referred to alternative ways to promote Greece and enhance the overall experience for cruise travelers including the promotion of Greek products on board. 'In this way the "Greek experience" will be heightened on each cruise ship,' he said. Possible extension of the tourism season to the end of the year was also raised by the minister.

CLIA representatives expressed their commitment to support tourism to Greece. CLIA's Maria Deligianni, representative for the Eastern Mediterranean, said: 'The cruise industry has worked diligently to introduce improved protocols to protect passengers, crew and local communities. Greece is an important cruise destination and we look forward to proceeding with its safe resumption in cooperation with the competent authorities.'

At least five cruise companies plan to homeport in Greece in the summer, while 12 want to restart island destinations.

Market sources state subsidiaries of the Carnival and Norwegian groups are also making plans to homeport in Greece while Greece-based Celestyal Cruises has already announced it will lift anchor from Piraeus on May 29.

Further, the country’s Union of Cruise Ship Owners and Associated Members (EEKFN) has opened a line of consultation with all the bodies responsible for the preparation of the reception of ships in Greek destinations in an effort to ensure there is normality in all stages of their service.

At the same time EEKFN has been critical of Theoharis and has charged 'the leadership of the [Tourism] Ministry does not understand cruising' and 'after its attempt to set up a second body for cruise affairs [the Cruise Development Council], is now trying to impress with its initiatives and actions regarding the development of the maritime tourism sector in the country.'

Referring to an earlier attempt by the ministry to open cruising from Heraklion, Crete, EEKFN said the opening was 'without any meaning and perspective' as the port has 'limited approaches by mega cruisers with a very small number of passengers,' noting the move 'failed and within a few weeks ships stopped calling.'

It also wondered what the minister is trying to do, charging he is ignoring the competent Shipping and Island Policy Ministry, which has a 'legislated structure, a general secretariat and many directorates that for decades have successfully handled all issues, including cruising in all areas.'

It also claimed the minister was ignoring the 'competent national body in this multidimensional branch of maritime tourism, which is the Union of Cruise Ship Owners and Associate Members.' It said: 'The involvement of the Tourism Ministry, especially in matters that traditionally belong to other more competent bodies, with deep knowledge in management and operation, do not assist in any way the efforts made methodically today. Interference will only create confusion and problems.'