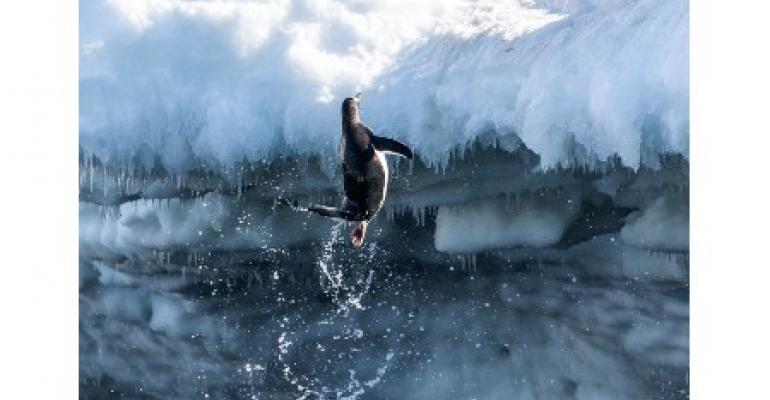 The global event was announced by IAATO in August as part of its 30th anniversary celebrations.

IAATO's definition of an Antarctic ambassador is someone who:

- Loves and respects the region

- Educates others by sharing their Antarctic experiences

- Advocates for Antarctica when opportunities arise

The idea behind the LEAP acronym is to empower everyone to leap into action as ambassadors, using their knowledge and passion in support of Antarctica.

'Ambassadorship is such a huge part of our mission and vision but has never been fully formalized. We’ve used the period of pause created by the pandemic to strengthen the definition of an Antarctic ambassador and develop a more structured program, including creating a more visual way of showcasing Antarctic ambassadors globally,' said Lori Gross of IAATO’s Education & Outreach Working Group.

Antarctic ambassadorship has been a cornerstone of IAATO’s mission since its inception in 1991, the same year the Antarctic Treaty’s Environmental Protocol was created, establishing rigorous standards beyond those already outlined in the Antarctic Treaty of 1959.

Not just for those who've been to Antarctica

IAATO said ambassadorship is not just for those who have had the privilege of going to Antarctica. Throughout 2022, the organization will be releasing educational resources for schools and individuals, so that everyone can be inspired to start an Antarctic ambassadorship journey from home.

MedCruise comes to Costa Brava for 60th general assembly
May 24, 2022