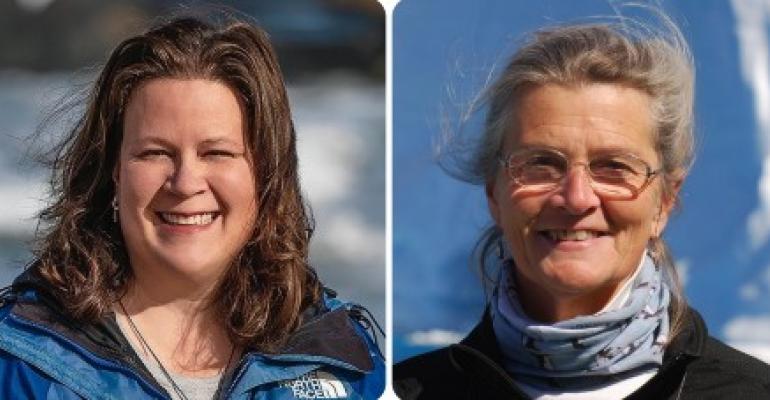 The International Association of Antarctica Tour Operators launched a global Antarctic Ambassadorship Day to be held for the first time in April 2022.

Today's announcement comes as the nonprofit organization marks the 30th year of its mission to advocate and promote the practice of safe and environmentally responsible Antarctic tourism.

Cornerstone of the mission

'Antarctic ambassadorship has been a cornerstone of our mission since IAATO’s inception. We find that visitors returning from the region have often been moved to make changes in their lives which support conservation and educate others on the importance of protecting these precious places,' IAATO Executive Director Gina Greer said.

'We wanted to create a focal point to celebrate Antarctic ambassadors, as well as seek to inspire others to advocate for this precious place. We invite everyone from the polar community and beyond to join us.'

On August 18, 1991, seven companies that had been operating expeditions to Antarctica for several years founded IAATO, an industry alliance dedicated to safe and responsible private-sector travel to the White Continent. Today IAATO’s membership is comprised of more than 100 companies from across the world, each working to protect and preserve the unique place that is Antarctica.

The IAATO community plays a part in upholding the tenets of the Antarctic Treaty System. Consistent with the expectations of the Treaty, IAATO has created and developed a comprehensive set of guidelines aimed at ensuring visitors have an enriching educational experience.

IAATO operators recruit experts to provide structured educational programs on board their vessels or at their base camps, so by the time they reach the region, travelers understand their role in visiting the continent responsibly. They’ve received mandatory briefings, scrubbed their clothing and equipment clean and had opportunities to attend lectures on polar science, exploration and governance.

IAATO has been using the pause in operations caused by the COVID-19 pandemic to develop an Antarctic Ambassadorship package to support educational programs; including resources for field staff, returning travelers and Antarctic enthusiasts, launching in late 2021.

In May this year, the association formalized its definition of an Antarctic ambassador to be someone who:

- Loves and respects the region

- Educates others by sharing their Antarctic experiences

- Advocates for Antarctica when opportunities arise

The idea behind the new LEAP acronym is to empower everyone to leap into action as ambassadors, using their knowledge and passion in support of Antarctica.

'The last 18 months have given us an opportunity to focus on formalizing IAATO’s ambassadorship concept and turning it into a measurable program which goes beyond the activities which take place on an expedition and opens it up to a wider audience. Ambassadorship Day is a day of celebration, inspiration and education.'

Antarctic Ambassadorship Day’s date will be released closer to the time, but will be held in April at the conclusion of the Antarctic season.