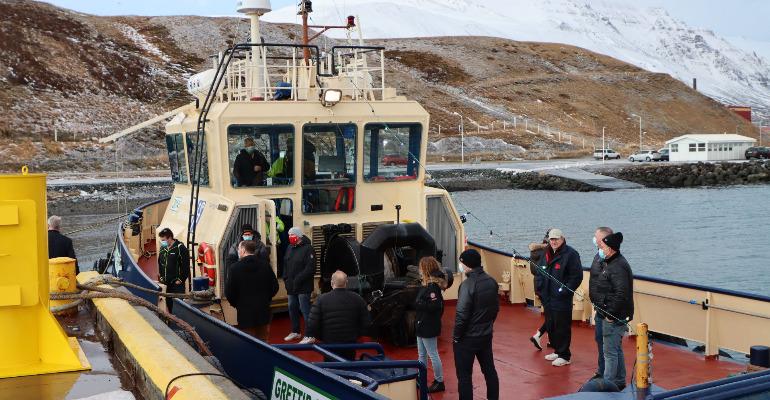 Icelandic port of Sauðárkrókur (pronounced Saudarkrokur), located in the north of the island and with easy access to prominent and authentic Viking historical sites, is now accessible to larger ships as the harbour entrance has been widened.

Until recently larger vessels had to be accommodated at anchor, but infrastructure works now completed will enable ships up to 220mtr to berth alongside.

‘The area is teeming with bird life and marine mammals, with whales often being sighted in the local harbour – whilst zodiac landings can be arranged for visiting expedition vessels looking to bring passengers ashore in the area’s more remote locations and small bays that fall under the port’s jurisdiction.’

According to Gammon, there are also impressive basalt columns and caves dotted along the nearby coastline with waterfalls that cascade over the cliffs onto the black rocks below.

The area is rich with Viking history and Icelandic folklore with one of Iceland’s best preserved traditional turf farmhouses, Glaumbær, (now a museum) located in the area - along with turf churches, the Icelandic Emigration Centre and many other interesting museums and places of interest.

Sauðarkrókur also has taken delivery of a 28 ton traction tugboat from Clyde Marine Ltd. in Scotland.

Previously named The Bruiser and working on the Clyde River, the tug has been aptly renamed Grettir Sterki or ‘Grettir the Strong’ after Iceland’s most notorious Saga Strong Man, Grettir Ásmundarson, who is known to have resided in the area on the nearby island of Drangey.

A visit to the island and its resident bird colonies (including puffins and gyrfalcons) and its steep-cliffed access is also possible from Sauðarkrókur.