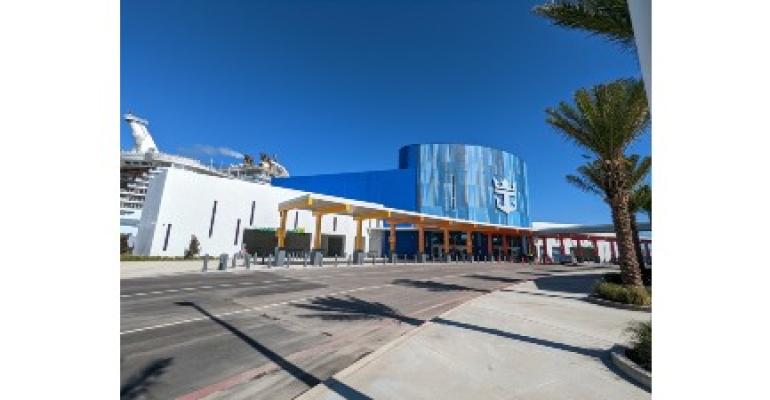 Designed by Bermello Ajamil & Partners, the $125m facility is a joint venture between Royal Caribbean and Ceres Terminals

Royal Caribbean's new $125m Galveston terminal, opening today, is not only designed as a world-first zero-energy cruise terminal, it's a beauty of flow and efficiency.

'We want the space to just wow the passengers when they arrive,' James Bowers, project manager - design, and partner at Bermello Ajamil & Partners, the terminal's designer, told Seatrade Cruise News.

Royal Caribbean aims for cruisers to feel their vacation is starting the moment they get to the port and 'transition from crazy daily life into a relaxed situation,' Bowers said, so the process should be fast, intuitive and pleasant.

There are two ground transportation areas, one for embarking and one for disembarking.

Passengers place their luggage on conveyors at one of two covered drop-off areas then enter a grand lobby with a 64-foot ceiling. Escalators, elevators and a stairway lead up to the security screening and check-in. 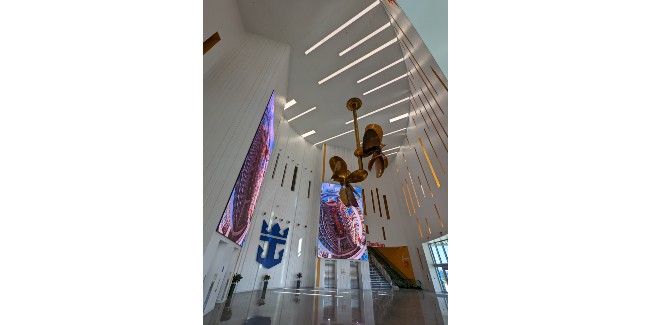 'It's magical when you come into this space,' Bowers said. 'We wanted to make an impact. We wanted to make it fun as you enter into this three-level-high, huge space with massive LED screens and propellers,' similar to Royal Caribbean's Terminal A at PortMiami. 'The flows are very intuitive. Operationally, this enhances the passenger experience.'

On the upper level are 10 security scanners (magnetometers) and 16 check-in desks. While nearly all passengers will undergo fast mobile check-in, the desks exist for addressing any issues.

In the grand concourse beyond there is seating for about 750 people, though Bowers noted the intent is to get people onboard as soon as possible.

Digital cave to the VIP lounge

VIPs such as suite guests get a completely different experience.

They access the terminal via a 'digital cave' with walls and ceiling covered in monitors and undergo separate screening and check-in. The VIP lounge is designed in two areas, one with a station serving drinks and finger foods.

No mistaking it's a Royal Caribbean terminal

It was important to bring the Royal Caribbean branding into the terminal.

'The wayfinding, the branding, the colors, the monitors, the propellers all work together to enhance the Royal Caribbean brand,' Bowers said. 'We wanted to make it very colorful and playful.' The colors, based on Royal Caribbean's palette, include deep blue, yellow, white, purple and light bue.

Even the restrooms have gradiated tiles that go from white to different hues of blue.

Among the largest cruise terminals

The 161,334-square-foot facility, home to the Oasis-class Allure of the Seas starting today, is also among the world's largest cruise facilities. 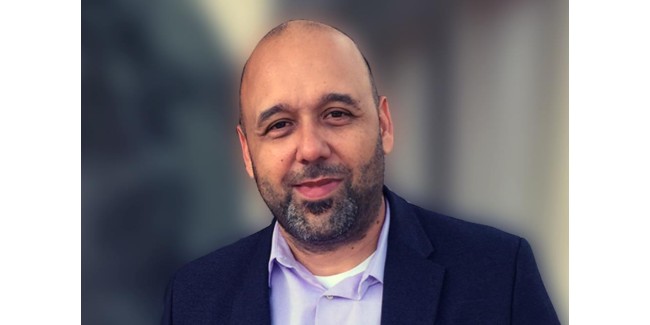 Bowers said Bermello Ajamil had the luxury of a 'huge, huge' 10.6-acre site. 'We usually work in existing ports that are mostly developed, with limited space.' The Galveston site's expanse gave the 'opportunity to evolve and enhance operations.'

Also, unlike most terminals where the apron is parallel to the terminal, here it is perpendicular.

Operational efficiency is key, and Ceres Terminals, a specialist in this area, was involved in the design and planning. Ceres is Royal Caribbean's joint venture partner in the terminal and will manage it and provide stevedoring services. The contractor was Hensel Phelps.

Designed by Bermello Ajamil to achieve LEED Gold certification, the terminal will generate 100% of its needed energy through on-site solar panels. These are to be installed in the next couple of weeks and will go atop the expansive parking areas.

Royal Caribbean's Galveston facility brings cruise terminal design 'to the next level and is indicative of the future of the industry,' Bowers said. '... It shows a path forward. This is a new standard, in sustainability, in operations and in design.'