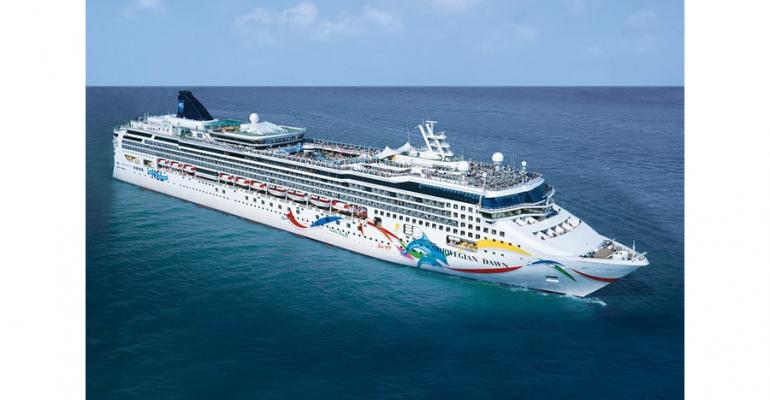 Florida state lawmakers this year reversed November 2020 Key West ballot measures that capped the number of people disembarking from cruise ships to a total of 1,500 per day and prohibited ships with capacity for 1,300 or more persons (passengers and crew) from disembarking.

Safer Cleaner Ships, which organized Thursday morning's protest, has vowed to fight on. The group objects to big ships on environmental grounds.

Norwegian Dawn became the largest cruise vessel to dock since the 2020 referenda.

Arlo Haskell, one of the Safer Cleaner Ships organizers, told protesters there were 420 cruise calls at Key West in 2019, with up to three ships a day bringing up to 12,000 passengers. He said at least one cruise ship called each day for 260 days that year. There would have been 490 calls in 2020 if not for the pandemic shutdown.

A Miami Herald story about the protest also cited locals who said they welcome the ships, and one business owner said he relies on them to survive.