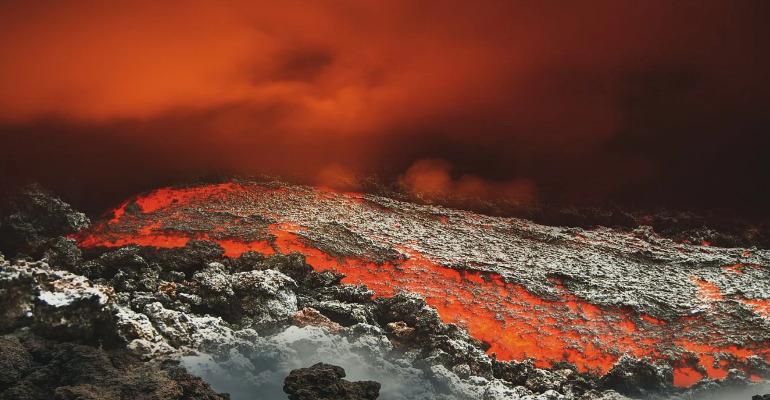 Shore excursions continue to take place in La Palma, which is located outside of the zone affected by the volcano according to the island's port authorities

Cruising in the Canary Islands' La Palma is safe and operations there continue as normal, according to Mariano Hernandez, president, Cabildo de La Palma despite lava flow from the island’s volcano intensifying.

Asserting that only 8% of the island is affected by the Cumbre Vieja volcano, he said, ‘La Palma is a safe destination that offers an incredible experience to visitors for its exuberant nature, now also including the possibility to visit an active volcano. La Palma needs all of you more than ever to recover the economy of the island as soon as possible.’

The idea to create a working group to monitor and provide updated information on the situation on the island was proposed by Carlos Gonzalez, president, Port Authority of Santa Cruz de Tenerife receiving strong support from Cruise Lines Industry Association Spain Director Alfredo Serrano and the counsellor of tourism of the Canary Islands government, Yaiza Castilla, who extended support on behalf of the regional government to La Palma's cruise industry and the rest of the archipelago.

The comments were made during a webinar earlier this week organised by the Port Authority of Santa Cruz de Tenerife and CLIA Spain at which 20 cruise line executives participated.

Stated Gonzalez, ‘We all have the opportunity to support the island by keeping the cruise operations in the port of Santa Cruz de La Palma, which is operating normally since it is located at the other edge of the island than the volcano.’

Some cruise lines are operating on the island, with shore excursions taking place. So said Samuel Hernandez, operations director of Intercruises in La Palma, ‘No tour has been cancelled due to the eruption. We have a contingency plan to act in coordination with the local authorities if needed.’ According to Elisa Zamora, chief of the commercial department at Tenerife Ports, restricted access applies only to a small percentage of the island and ‘excursions are taking place with total normality and safety for cruise passengers.’

Infrastructure, including the power supply network, are functioning as usual in La Palma. Head of the National Geographic Institute of Spain in the Canary Islands, Maria Jose Blanco said that air quality is being monitored ‘permanently’ and meets the minimum standards of quality, meaning there is ‘no risk for the population.’ She added, ‘La Palma is a safe destination from the volcanic eruption perspective by following the recommendation of the authorities.’ She went on to refer to the eruption as a ‘magnificent phenomenon’ and pointed to opportunities for ‘volcanic tourism.’