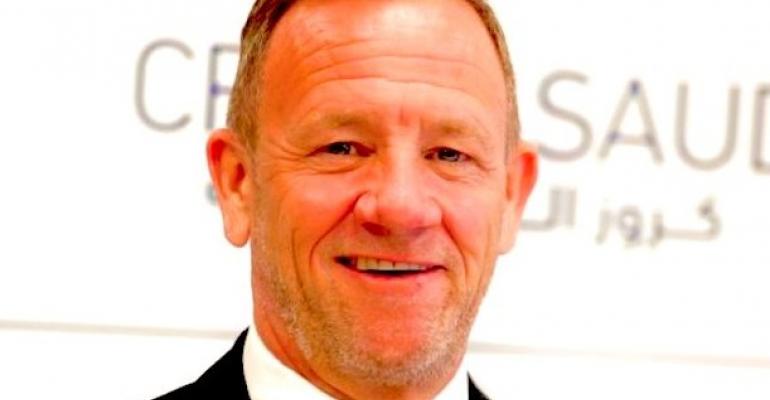 After spending nearly a year working as chief commercial & operations officer at Cruise Saudi, Mark Robinson has come to a mutual agreement with the company to leave the business and head home to Barcelona.

He was involved in the start-up of Cruise Saudi which officially launched in January.

‘It has been an incredible journey and I’m extremely proud of what has been achieved and created in such a short space of time,’ he told Seatrade.

‘I have enjoyed the challenges of being part of both creating and opening of the cruise industry, a first ever in the Kingdom and have worked with a great and ever growing team of amazing professionals,' he reflected.

Since arriving on the scene, Cruise Saudi has welcomed three seasonal homeporting cruise ships, with MSC Cruises starting a winter season this coming weekend, built cruise infrastructure in Jeddah and Damman, fast-tracked several destination development plans and created training programs in the fields of tourism and travel, amongst other milestones.

‘I  made many new friends in the various ports and destinations.  I am thankful for the opportunity that I was given to put Saudi Arabia and Cruise Saudi on the world cruise map and being a part of the leadership team tasked at developing the cruise industry as part of the Kingdom’s Vision 2030,' he said.

Robinson wished Cruise Saudi 'all the very best for the future success and growth of the business.'

30-plus years of cruise experience

With more than 30 years of experience in the cruise and travel sectors, Robinson joined Cruise Saudi in late 2020 having served as head of business development, EMEA & Asia Pacific, for Global Ports Holding. Earlier, he created and led Intercruises Shoreside & Port Services over 15 years.