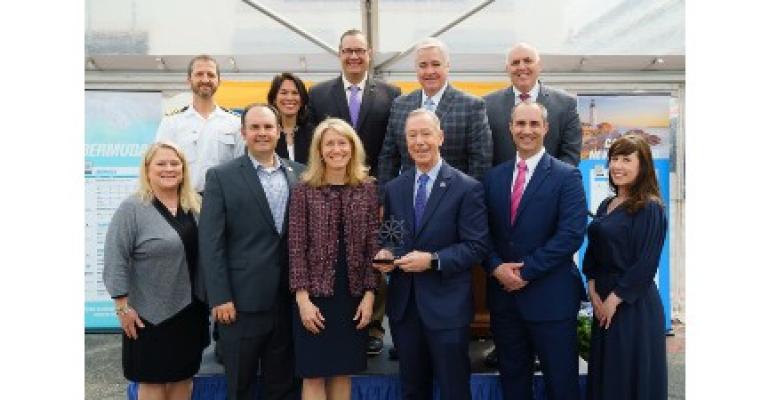 Massachusetts Port Authority, elected officials and leaders of the state and regional tourism bureaus welcomed the start of the first full cruise season in two years.

Some 125 calls from 19 cruise lines are booked for a season that includes established routes to Bermuda and Canada/New England, as well as new itineraries and ships, with 12 maiden calls. For the first time, Massport will host four lines with five homeporting programs: Norwegian Cruise Line's Norwegian Pearl, Holland America Line's Zaandam and Nieuw Statendam, Celebrity Cruises' Celebrity Summit and Royal Caribbean International's Voyager of the Seas.

'Cruising plays an important role in the visitor economy and we are delighted to welcome our cruise partners back to Boston to support the recovery of travel and tourism for the city and the commonwealth,' Massport CEO Lisa Wieland said.

Flynn Cruiseport Boston served a record 402,346 passengers on 138 calls in 2019. Massport said cruising supports hundreds of businesses large and small throughout the region, from transportation providers and restaurants, to tourist attractions, airlines and hotels, souvenir shops, and provisions providers.

'The influx of cruise passengers and the injection of their spending during the summer months — and also through our shoulder seasons — creates a consistent flow of visitors that our destination depends on,' said Martha Sheridan, president and CEO of the Greater Boston Convention and Visitors Bureau. 'This market segment was sorely missed during the pandemic and we are thrilled to see cruising return to Boston.'

Boston is known for having one of the best airport to cruise port proximities in the US, supporting homeport operations. In October, Celebrity Summit is offering a 12-day voyage from Boston to the Caribbean and ending at Miami. Vantage Cruise Line’s Ocean Explorer is scheduled to depart Boston Oct. 29 for a 10-day cruise along the East Coast, ending at Nassau, Bahamas. Royal Caribbean’s Voyager of the Seas has a 14-day 'Arctic Crossing' that embarks in Copenhagen and ends in Boston Sept. 18.

'The revitalized, expansive cruise ship season will have a viable economic impact on tourism destinations all across the commonwealth, as intrepid travelers stepping off in Boston realize what cultural, culinary and scenic treasures await them here in the Bay State,' said Executive Director Keiko Matsudo Orrall of the Massachusetts Office of Travel & Tourism. 'Flynn Cruiseport is fast becoming a gateway for new visitor adventures in Massachusetts and New England.'

'Every time a ship visits Boston as a port of call, the passengers and crew are supporting local businesses and jobs,' added state Sen. Nick Collins. 'The Flynn Cruiseport is more than just a stop or a starting point for a cruise — it is an economic engine that provides significant employment opportunities for the people of South Boston and beyond.'

Massport honored US Rep. Stephen F. Lynch, who represents the 8th Congressional District including South Boston, with this year's 'Maritime Champion' award. Lynch, a former iron worker, was part of the crew that installed the cranes at Conley Terminal more than 30 years ago. Massport said he has been a steadfast partner, helping the port authority secure federal funding for the Boston Harbor Dredging project, which benefits all ships navigating Boston Harbor and allows the port to remain competitive.

Lynch has also supported major improvements at Conley Terminal, enhancements at Flynn Cruiseport Boston and the growth of seafood processing in South Boston.