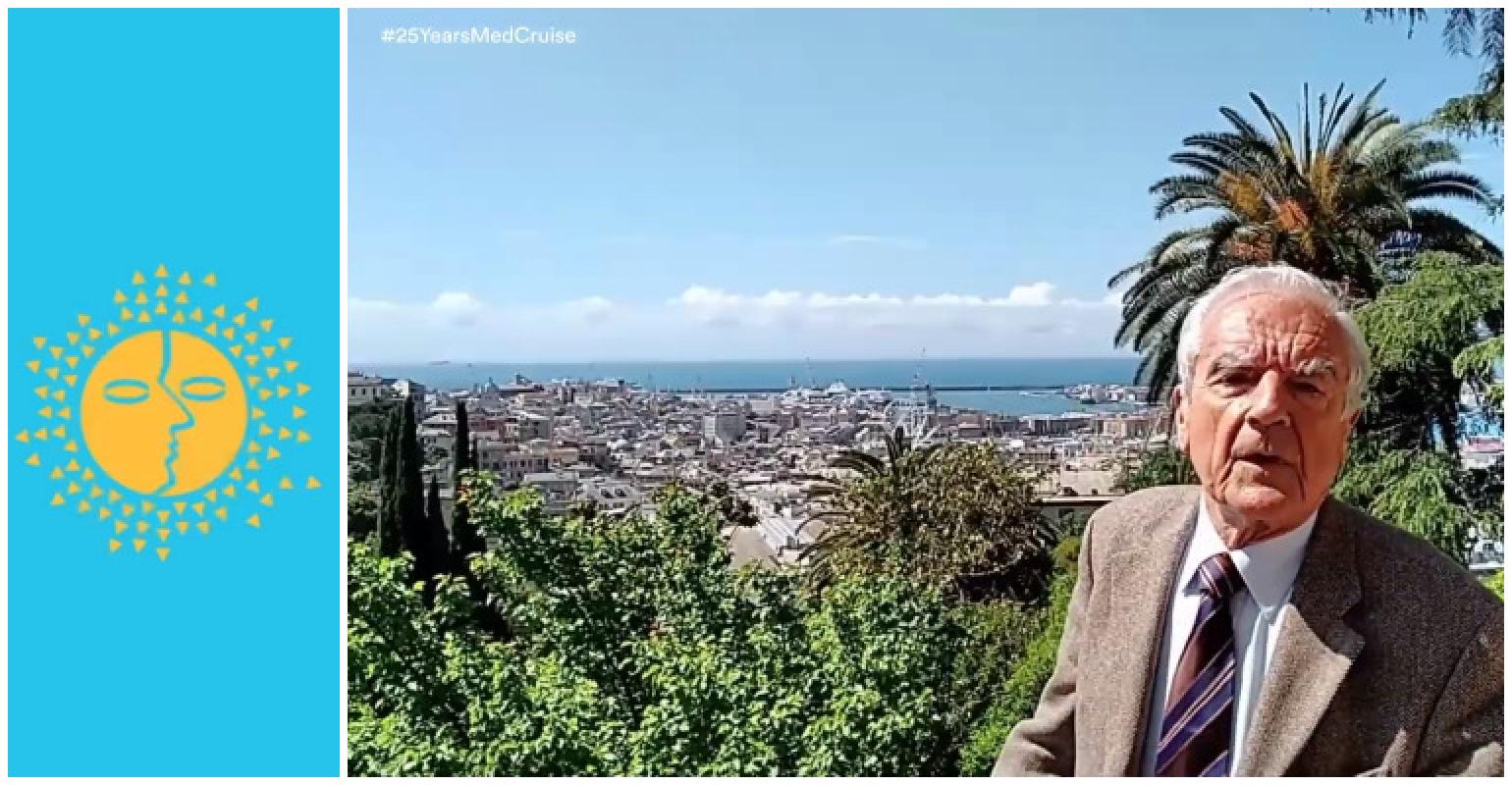 Speaking from Genoa, Fabio Capocaccio, MedCruise president 1997-2002, focussed on the association’s 25-year history
MedCruise and almost 100 of its members joined an online celebration on June 11 marking its 25th anniversary.

‘MedCruise members shaped cruising in the Mediterranean these last two decades in so many respects,’ began MedCruise President Aris Batsoulis, as he described ‘investment in cruise terminals, development of sophisticated cruise strategies and helping the expanded involvement of cruise operators.’

Speaking from Genoa, Fabio Capocaccio, MedCruise president 1997-2002, described the association’s journey, from concept in 1995 to its first appearance at Seatrade Med in 1996 to landmark occasions in its history – including meeting the late Prince Philip in Edinburgh.

He was joined by further presidents, board members, port members and associate members past and present, in congratulating the association on its success.

President of the association from 2017-2020, Airam Diam Pastor described MedCruise as ‘the best cruise port association worldwide,’ noting, ‘for us, the members, we consider it a family, where we compete, of course, but we collaborate.’

He commended the 25 years’ spent by MedCruise ‘working to develop and progress the cruise industry with the best destinations in the world,’ adding, ‘I have learnt a lot...from all of you, giving me experience and knowledge,’ as he raised a toast to its members.

Championing destinations and preserving their integrity

French Riviera's Laurent Monsaingeon, who steered the association between 2006-2009, referred to ‘the pride of all those who have contributed’ to MedCruise, adding, ‘These 25 years have enabled our Mediterranean ports to get to know each other better and cooperate better, for the benefit of all cruise passengers and the benefit of our territories.’

Juan Madrid, president of the association from 2002-2005 at that time representing Port of Barcelona, noted, ‘Together with CLIA we can defend the industry against the supranational entities… One of the greatest successes of our corporation is preventing the interests of a bureaucratic structure… Thank you to all members for keeping the spirit of MedCruise alive.’

‘The cruise industry will recover’

Director of new source markets and 2014-15 MedCruise President, Carla Salvado spoke with optimism on ‘the magnificent cruise ships’ calling at Mediterranean ports. ‘During these 25 years, the industry has been successful – with challenges but always increasing,’ she said.

‘This year has been an inflection point. The cruise industry will recover…we cannot fail it, we must stay together and work on the safe resumption. But I’m convinced, in the future, we will celebrate our gold anniversary.’

Port member Pino Musolino, president, North Adriatic Sea Port Authority responded, ‘It is a hell of a year-and-a-half. What doesn’t kill you makes you stronger. We’re definitely stronger than we were before [the pandemic]. We’ve learnt a lot, we have acquired a lot of experience… the world has understood that cruises are bringing wealth and are not just something we can live without: job creation, wealth in territories… I’m looking forward to celebrating a 26th birthday!’

Jose Campos, secretary general of the association between 2006-11, praised attendees at the silver jubilee event, complementing its ‘visionary founders’ who realized ‘the whole of the Mediterranean working together was much greater than the sum of its parts.’ Speaking from San Francisco’s Golden Gate Bridge, he conceded, ‘I left my heart in the Mediterranean and its adjoining seas.’