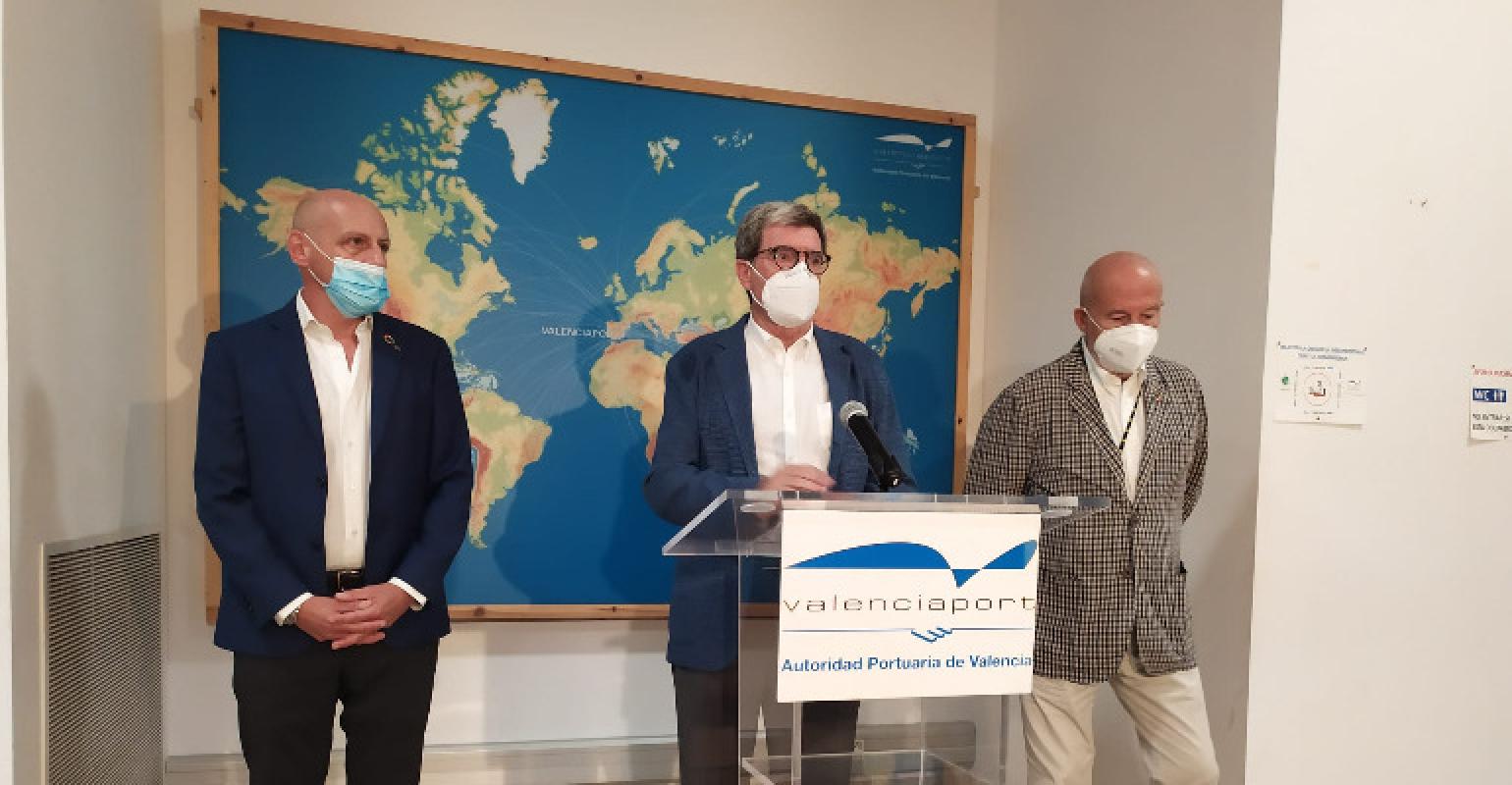 L-R: MSC Cruises VP Gianluca Suprani; Port Authority of Valencia (PAV) President Aurelio Martínez; and MSC CEO Spain Francisco Lorente
The Port of Valencia will receive MSC Grandiosa on July 30 with the vessel calling at the Cap i Casal every Friday until November 5.

After Valencia, the vessel will sail Barcelona, Genoa, La Spezia and Rome. The line has launched up to eight cruise ships in the Mediterranean and Northern Europe so far this year, and will begin operations in the Caribbean next month.

A ‘dynamic’ protocol in place

Speaking today alongside MSC CEO for Spain Francisco Lorente and Port Authority of Valencia (PAV) President Aurelio Martínez, MSC Cruises' VP Gianluca Suprani said, ‘We have drawn up a very rigorous protocol based on international and national regulations, together with a group of experts, to be able to resume cruise activity with the highest level of safety – a dynamic protocol that adapts to the evolution of the epidemiological situation.’

Thanking institutions such as the Generalitat Valenciana and Puertos del Estado on collaborating with the cruise line on safety measures, he went on to add that ‘bubble excursions’ offered by the cruise line in the city will ‘guarantee the safety of the communities we visit.’

The ship, which has capacity for 6,000 passengers, has reduced its occupancy to 70%.

A stopover for new luxury brand

Suprani went on to add that Valencia will be a stopover destination for MSC Cruises’ new luxury cruise line Explora Journeys and described the city as both ‘very important in transit operations’ and as ‘a point for the embarkation of citizens from all over this part of Spain.’

Suprani also stressed, ‘The market wants to come back on board, we are seeing a very high level of bookings almost like 2019.

‘This is an encouraging figure because of the great effort we have made to face this situation.’

Cruising in Spain since the start of the pandemic

MSC Grandiosa is the first of more than 100 cruise ship expected by the Port of Valencia this season. In 2019, Valencia registered 203 cruise ship stopovers and 435,000 cruise passengers, with 16% of those embarking and disembarking at the port.