MSC Virtuosa arrives in Southampton ahead of UK summer sailings 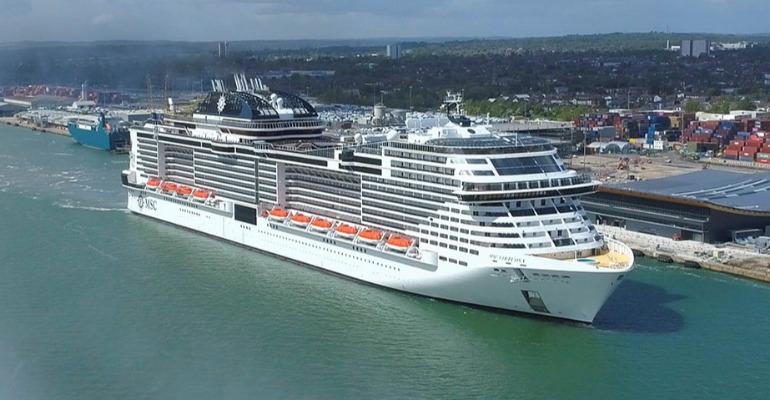 MSC Virtuosa will commence UK sailings from Southampton on May 20

MSC Cruises’ MSC Virtuosa arrived in Southampton on May 12, ahead of its maiden voyage along the British Isles on May 20.

The ship's UK summer programme starts with a series of three- and four-night mini cruises, followed by seven-night sailings from June 5. It will include calls to the Isle of Portland and Belfast, with Liverpool and Greenock serving as embarkation ports, in addition to Southampton - its homeport.

MSC Cruises recently announced a long-term partnership with ABP Southampton. MSC Virtuosa will initially depart from its City Cruise Terminal, before moving to embark guests from the newly-named Horizon Cruise Terminal once it opens.

The flagship vessel will be the third MSC Cruises ship back at sea; MSC Seaside has been operating in the Mediterranean since May 1, with MSC Grandiosa also sailing the Med since last August.