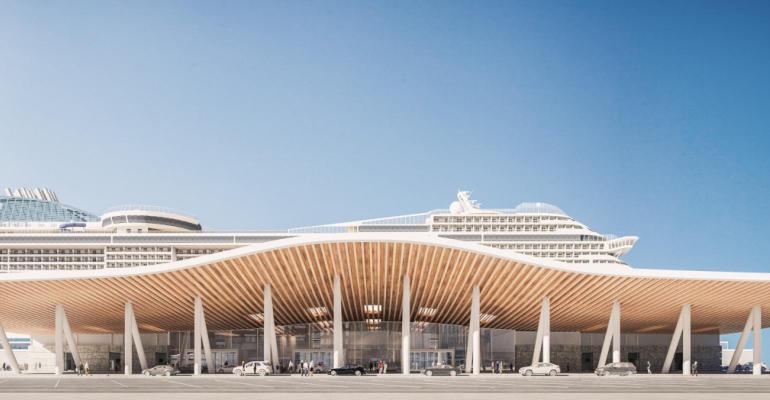 The Port of Southampton’s new Horizon Cruise Terminal accepted its first passengers on July 3, with the arrival of MSC Cruises’ MSC Virtuosa.

‘We have a long term commercial partnership with ABP Southampton with a commitment that will see us bring even more guests to the port in the coming years, despite these challenging times, when Southampton will play a key part in our itineraries for international cruises,’ explained Antonio Paradiso, MD, MSC Cruises UK & Ireland.

The cruise terminal is fitted with shore power and has more than 2,000 roof-mounted solar panels, allowing it to generate more power than it uses daily, according to the port.

MSC Virtuosa will be able to ‘plug in’ later this year, ‘We marked the UK restart of cruise with MSC Virtuosa leaving the port with the first passengers on May 20 and we’re excited to announce this next significant milestone for the future of cruise in the Port of Southampton,’ said Alastair Welch, director, ABP Southampton.

‘We’re incredibly proud to be building the infrastructure for the future of cruise with a commitment to sustainable operations. This next-generation-ready terminal strengthens the Port of Southampton’s position as Europe’s leading cruise turn-around port and is a huge vote of confidence in the future of cruise.’