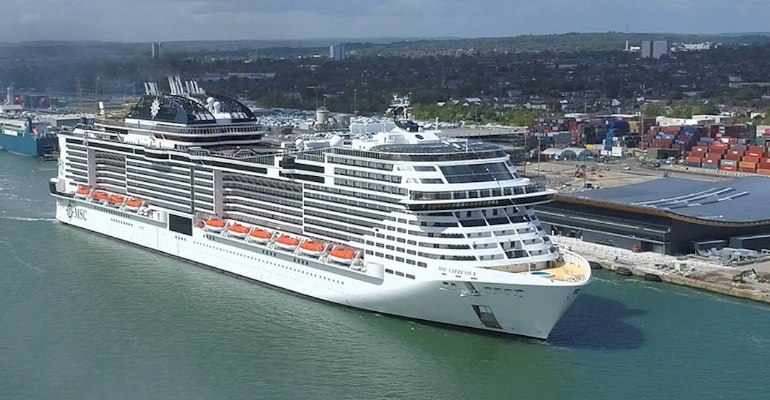 MSC Cruises’ MSC Virtuosa will offer 23 sailings from Southampton this year following an extension to its ex-UK season, with a TV advertising campaign and agent incentives also announced.

This follows yesterday's report that MSC Bellissima will take over MSC Virtuosa’s Arabian Gulf sailings in April where the line has extended operations by three months.

MSC Virtuosa will sail from Southampton between April 29 and November 4, lengthening its UK season by one month, and will offer a selection of itineraries – from two-night mini cruises that include Guernsey’s St. Peter Port to 12 nights exploring the Baltics or 14 nights exploring beaches in the Western Mediterranean.

The four voyages added to MSC Virtuosa's programme include: the Mediterranean, the East Atlantic calling Portugal and Spain, a Canaries cruise during the UK October school holidays and finally a repositioning cruise to Genoa to finish off the season.

‘Sailings from Southampton have been our best sold cruises in 2022 and we are delighted to be able to extend the season to cater to the demand,’ revealed Antonio Paradiso, MD UK & Ireland, MSC Cruises.

‘Feedback from agents and customers surrounding the wide-ranging itineraries has been great with people praising the variety of sailings offered as well as the timings.

All 19 of MSC Cruises’ fleet will sail in summer 2022, increasing to 21 ships by the end of the year when MSC Seascape begins sailing the Caribbean and MSC World Europa cruises the Middle East.

‘Only the sea’ TV advert

The sailings will be preceded by a television campaign that starts in early March highlighting the experiences available to MSC Cruises’ passengers. Running for one-month, the ‘Only the sea’ advert will be shown across UK TV networks such as ITV, Channel 4 and SKY, as well as video on demand.

Paradiso said of the decision to launch the campaign next month, ‘It’s been a challenging few years for everyone but as an industry we have done everything we can to keep sailing for our customers. Through bookings and enquiries our customers are demonstrating that they want to set sail on cruise holidays so we owe it to them, and all our agent partners to show what cruises are available and generate excitement around holidays for 2022. A TV campaign on a large scale is the perfect way to do this.’

The line’s ‘MSC Big Cruise Giveaway’ promotion, which gives UK and Irish travel agents who book any sailing included as part of the all-inclusive Wave promotion the chance to sail, will also be extended to February 15 with 30 cabins still to be won. The incentive ran through January, giving away two cruises per day. Agents who book a qualifying cabin will automatically be entered into the prize draw, with a winner announced daily.