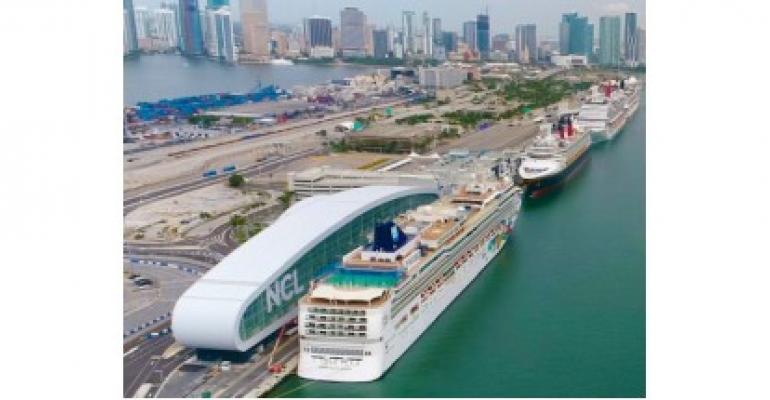 'The incredible work of the PortMiami team and Norwegian Cruise Line Holdings will ensure that PortMiami is a leader in shaping a more sustainable cruise industry,' Miami-Dade County Mayor Daniella Levine Cava said. 'We look forward to working with all partners to reduce emissions and make the Cruise Capital of the World more resilient, as part of our county's aggressive efforts to cut our carbon footprint and mitigate the impacts of climate change.'

'We are committed to driving a positive impact on society and the environment as demonstrated by not only this partnership to bring shore power to the Cruise Capital of the World but also the design of our newly developed, award-winning cruise terminal at PortMiami which was constructed to LEED gold standards,' NCLH President and CEO Frank Del Rio said.

In February, Levine Cava launched an initiative to bring shore power to the port, collaborating with Miami-Dade's major cruise line partners. Since then, the Environmental Protection Agency's Diesel Emissions Reduction Act announced a $2m grant for the first phase.

Other cruise lines and groups that have signed on include Carnival Cruise Line for its new Terminal F and Royal Caribbean Group for Terminal A.