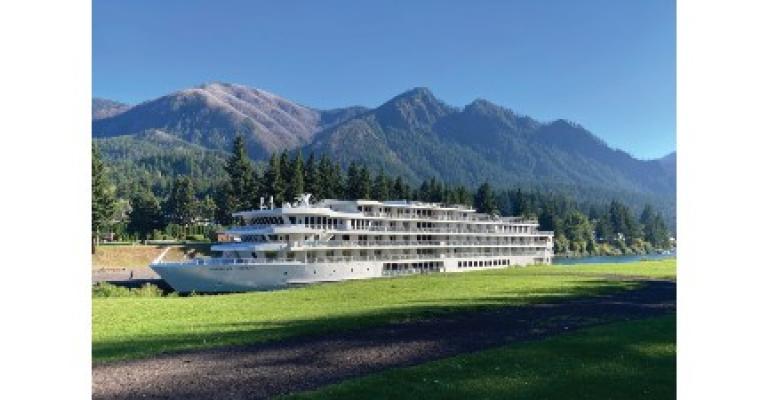 The company built the dock in partnership with the Port of Kalama.

Four vessels with a fifth to come in 2023

American’s riverboats have been cruising the region since 2010, and the company continues to expand and develop tourism there. It will have four vessels exploring the Columbia and Snake this year — American Song, American Harmony, American Pride and American West — sailing between Hayden Island/Portland, Oregon, and Clarkston, Washington, and plans to add a fifth boat to the region in 2023.

For 2022, American offers three different Columbia and Snake routes: a classic eight-day cruise, an 11-day 'Northwest Pioneers' cruise (both sailing between Hayden Island/Portland and Clarkston) and a five-day 'Highlights of the Columbia River' cruise (round-trip Portland).

Travelers can retrace the epic route of Lewis and Clark aboard one of American's newest modern-style riverboats or classic paddlewheelers. Pre- and post-cruise packages include complimentary hotel stays and new adventures, from jet boat rides to flight-seeing tours.

Royal Caribbean’s Spectrum of the Seas arrives in Malaysia
Jul 01, 2022