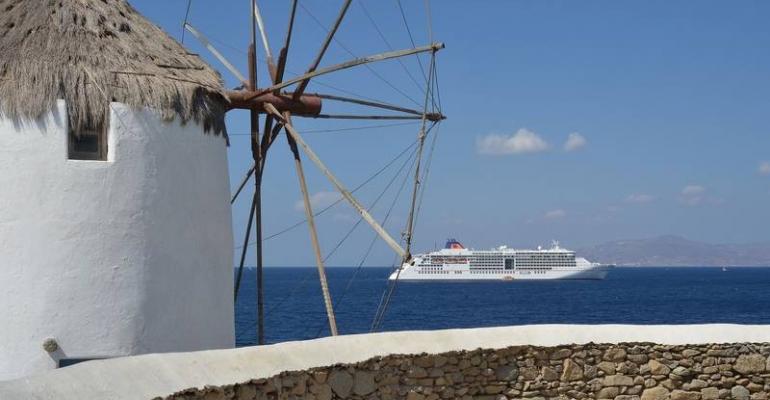 TUI Cruises and Hapag-Lloyd Cruises are making further spring cruises available to the German market, continuing their successful operation under COVID-19 conditions in the Canary Islands.

For Hapag-Lloyd's Europa 2, seven new itineraries are planned from May until June 24, while TUI Cruises' Mein Schiff 2 is extending its Canary Islands presence until May 7.

TUI and Hapag-Lloyd appear to focus on Crete as a new base after the Canaries winter and early spring operation, and Seatrade Cruise News understands Mein Schiff 2 will redeploy to Heraklion in May.

Europa 2 from Dubrovnik and Heraklion

Europa 2 will continue in the Canary Islands until the end of April. On May 1 the ship is scheduled to leave Santa Cruz de Tenerife and reposition to Dubrovnik on a weeklong cruise with no transit calls. In2Balance programming on board will highlight yoga and wellness.

From Dubrovnik, Europa 2 will sail two seven-day cruises, calling at Korcula, Trogir, Opatija and Rovinj. On May 22 the ship will reposition to Heraklion on a weeklong cruise. Three Greece sailings of a week to 10 days follow in June.

On all itineraries Hapag-Lloyd Cruises is operating with only 60% of its normal passenger capacity.

Greece as a destination and turnaround point

As far as Mein Schiff 2 is concerned, four Canary Islands itineraries have been added throughout April. No details about further deployment have been confirmed but it is expected the ship will also operate from Crete in later spring. The island has come through the COVID-19 pandemic well so far.

Last year TUI Cruises operated from Crete. Advantages of Heraklion as a turnround port include good infrastructure and a modern (yet relatively small) airport, with local authorities and service providers offering flexibility.

No German travel ban but a testing mandate

It turns out that Germany will not block residents from vacationing abroad. The federal government had considered the possibility, but constitutional law experts voiced concerns. So the government abandoned that plan but will require all air travelers bound for Germany to present a negative COVID-19 test before flying. These tests are expected to become mandatory May 12.

For cruise lines, it should not be difficult to implement this regime since testing is already key to their health safety protocols.

In fact, TUI Cruises has just implemented this on board for €25, less than the charge at most COVID-19 testing stations ashore, and it's reportedly working well.