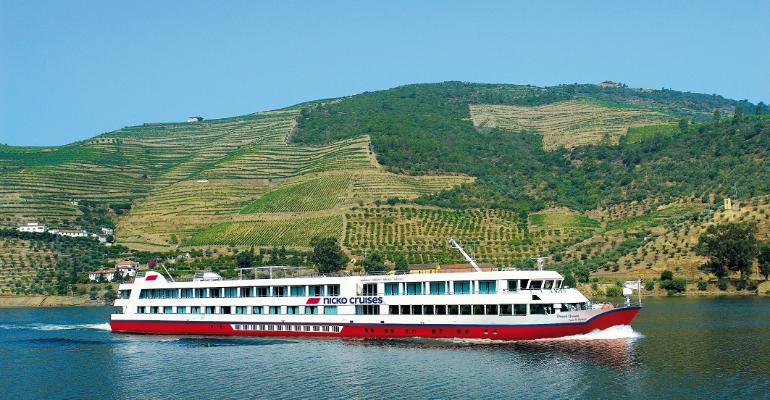 The 2005-built Douro Queen, operating for Nicko on the River Douro in Portugal, underwent a refit and upgrade earlier this year

Altogether Nicko Cruises will operate 81 itineraries on 35 waterways that follow its ‘slow cruising’ concept focusing on long layovers. Nicko’s MD Guido Laukamp said the 2023 season will concentrate on ‘proven routes while enriching some of its classic sailings with new themes.’ Shoreside events will also be incorporated into some sailings, for instance, next year's German Horticultural Show.

On Rhine sailings, the German-based operator has arranged shore excursions to attend The 2023 German Horticultural Show (Bundesgartenschau) at Mannheim. Entrance to the event, taking place from April to October, is included.

Nicko has also tailored its Rhine itineraries to the 2023 Rhine in Flames (Rhein in Flammen) events, which after a break of several years are set to take place at Bonn (May 6), Bingen/Rüdesheim (July 1), Spay/Koblenz (August 13), Oberwesel (September 10) and St Goar/St Goarshausen (September 17). Nicko’s Rhine passengers will be able to attend all five events from different sites — either ashore, from the sundeck of a rivership or from a local excursion vessel. Fireworks on the river and on land will be visible.

A dinner event featuring a five-star menu with wine, held in cooperation with the 'YouDinner' Club, serves as one of the theme cruises taking place twice onboard Nicko Spirit.

Other theme itineraries and events include detective story dinners, wine tasting cruises, a musical cruise onboard Heidelberg on the Danube and an eight-day 'Savoir Vivre' cruise onboard Bijou Du Rhone from and to Lyon. The latter sailing focuses on gastronomy, with wine, olive oil or cheese tastings.

The Stuttgart-based operator continues to invest in its fleet: Douro Queen, operating for Nicko on Portugal's Douro, underwent a refit and upgrade earlier this year, including the modernisation of all cabins and public spaces.

The vessel was redecorated with a more contemporary flair.