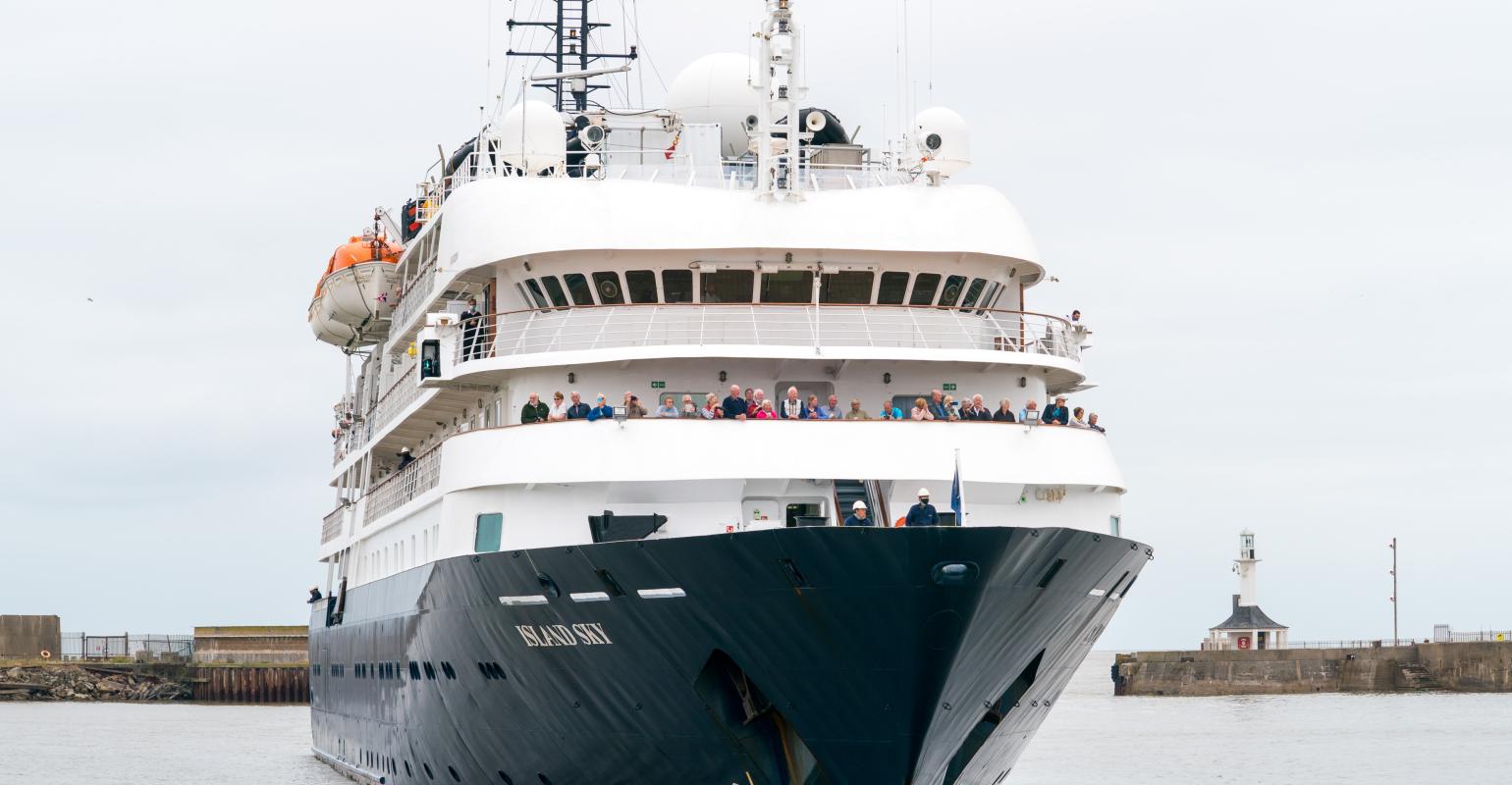 Island Sky arriving in Lowestoft for the first time
Port of Lowestoft, the UK’s most eastern port, welcomed the maiden call of Noble Caledonia’s Island Sky on Friday.

It also marked the first cruise call for the Associated British Ports port which is more widely known for its support of the burgeoning offshore wind industry, its historic fishing industry and for handling cargo for agricultural and construction industries.

59-suite Island Sky’s visit to Lowestoft was the last call on a ‘Best of British 30th Anniversary’ tour celebrating the company’s three decades in business.

Paul Ager, divisional port manager, ABP said, ‘We are delighted to welcome the arrival of cruise ships to the Port of Lowestoft and hope that this successful voyage of Island Sky is followed by more visits from cruise ships in the future.’

Peter Aldous MP, Member of Parliament, for Waveney said, ‘Tourism is a vital component part of the local economy and the central location of the town quay is an advantage that can help bring additional trade to the town centre and passengers will be able to visit the South Beach as well as making excursions to the Suffolk countryside.’

Passengers on Island Sky were given tourist guides from Lowestoft Vision, and Lowestoft pocket guides, supplied by East Suffolk Council.

With further calls on August 6,  September 11 and 25 from Island Sky, as well as proposed calls from another of Noble Caledonia’s fleet, Serenissima, the Port of Lowestoft is looking forward to the arrival of more cruise ships this summer.