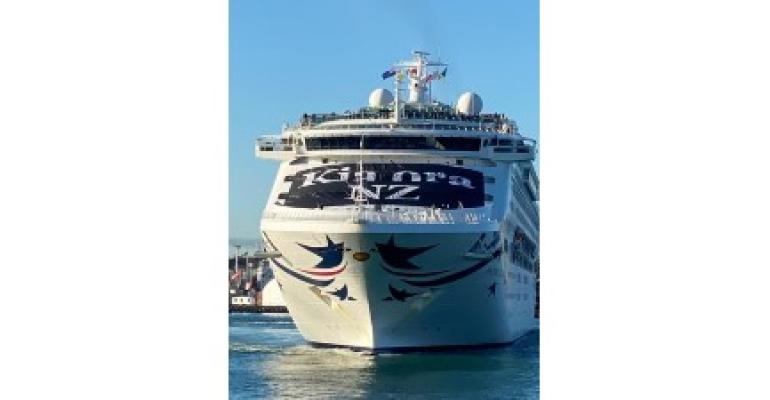 Pacific Explorer, the first international cruise ship to arrive in Auckland since 2020, received a typical Maori welcome on Friday

The 2,000-passenger Pacific Explorer, on a 12-night round cruise from Sydney to New Zealand and Fiji, is the first international cruise ship to arrive since New Zealand’s borders fully reopened on July 31 after being closed since March 2020.

Her arrival highlights the annual conference of the New Zealand Cruise Association which will be held in Auckland on August 18 after being postponed for the last two years.

Fitzgerald said Pacific Explorer will return to Auckland in 2023 for a homeported cruise season.

‘New Zealand has now joined the rest of the world in a careful resumption of cruise operations,’ Katz said.

‘We now have an opportunity to revive a sector that previously supported many thousands of jobs in communities around the New Zealand coast.’