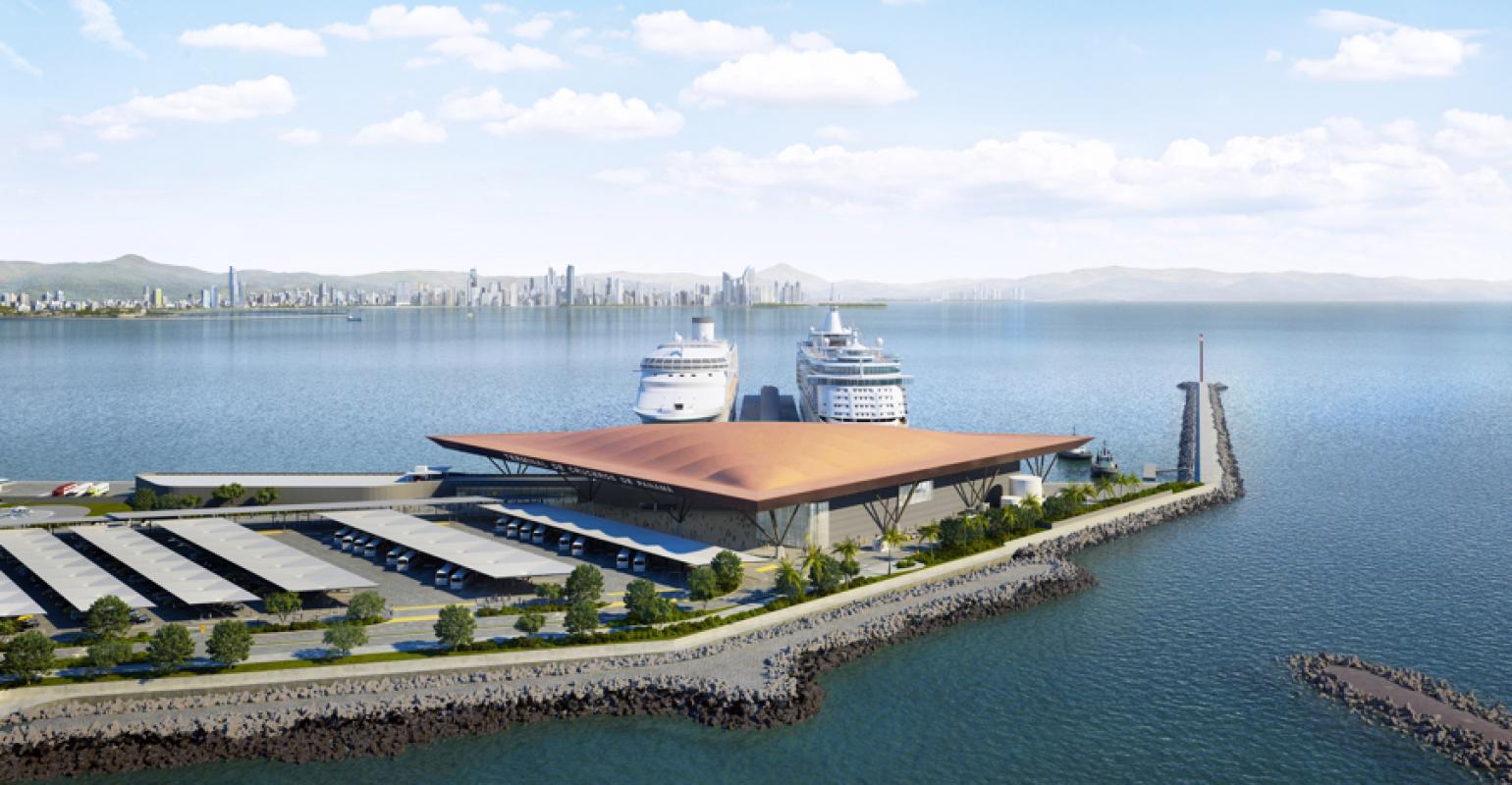 The incentive is aimed at encouraging homeporting. Here, an impression of the new Panama Cruise Terminal, yet to open
Panama extended through 2021 the 100% reimbursement of Canal dues for cruise lines that homeport in the country.

Amount of reimbursement depends on the year

The reimbursement of the fees set by the Panama Canal Authority will involve percentages based on the date of the cruise, and lines must verify that at least 80% of the passengers embarked in Panama are international.

The reimbursement will be provided by the Panama Tourism Authority.

As earlier reported, Norwegian Cruise Line became the first operator to benefit from the homeporting incentive.

Panama expects a return on investment from this incentive, citing the fact that cruise passengers spend an average of two days in Panama, according to figures from Pullmantur homeporting at Colón in recent years.

One homeport call by a 2,500-passenger ship would represent a direct economic injection of $1.75m for the country, based on the average spending per person of $232, according to Panama's Office of the Comptroller General. To this would be added revenues for provisions purchased by the cruise line, as outlined in a prior modification of the incentive decree in February this year.

Martínez said tourism will be one of the most important activities to reactivate the economy following the COVID-19 shutdown, and the cruise incentive plays into that.

Passengers on homeporting ships will have the opportunity to get to know the country before embarking or after disembarking from their cruise. 'They will be able to go shopping, taste the exquisite Panamanian and international food and stay in our hotels, among other activities, which will boost the economy and create jobs,' Martínez said.

Eskildsen stressed the small ships would support the vision of turning Panama into a world-class sustainable tourism destination. 'For this subcategory Panama is an exotic, unknown, uncrowded and authentic destination, and it allows the exploration of our coasts in greater detail and, therefore, distributes the [economic] impacts to more destinations.'

Places that could most benefit from this could be the Gulf of Chiriquí, the Pacific Veragüense and Coiba Island, Gulf of Montijo Mariato, Pedasí-Tonosí, Las Perlas, Sambú and Guna Yala.

Panama opened its borders to visitors from all countries on Oct. 12.