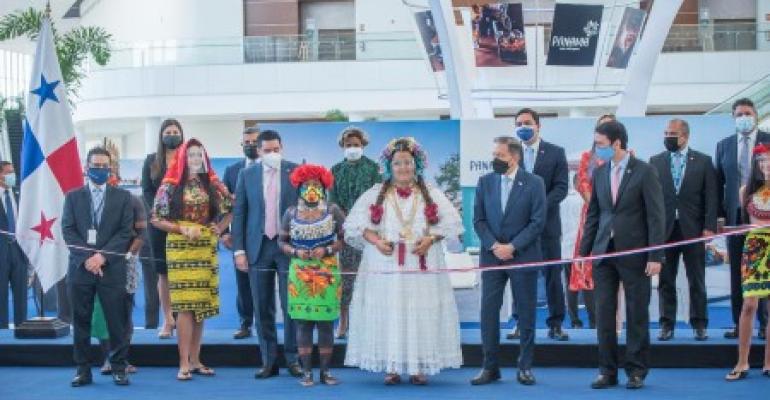 The event was held at the brand-new Panama Convention Center
The recent Florida-Caribbean Cruise Association Conference drew nearly 400 attendees to Panama City and gave the opportunity for cruise executives to see the new Amador port and developments at Colón 2000, such as a new duty-free shopping and leisure complex.

Some 60 cruise line executives were on hand.

President Michele Paige said the FCCA was honored by the 'continued support of our member lines and partners throughout the Caribbean, Mexico and Central and South America. Constant mutual exchanges between those parties have propelled cruising’s restart in our partner destinations,' she added, 'and we are proud that we could again bring together cruise executives and stakeholders at our keynote event to have these exchanges in person and further develop business and relationships.'

The live and fully vaccinated event took place in the new Panama Convention Center and featured meetings, workshops and networking functions with a revamped format that put one-on-one meetings on the main stage, with preset 15-minute sessions with participating cruise line executives.

'For Panama it was an honor to have hosted this historical event, receiving the most influential leaders of the cruise industry in our brand-new convention center,' Panama Tourism Authority Administrator Iván Eskildsen said. 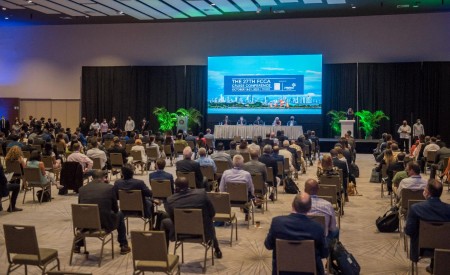 Networking functions brought people together in more casual environments, and workshops were led by key cruise executives, including chairmen, presidents and CEOs.

Additionally, the event featured private meetings including the Heads of State Forum, which joined member line chairmen, presidents and CEOs with tourism minister and prime ministers, and an exclusive function for Panamanian representatives and cruise executives.

FCCA Platinum members will soon gather at the FCCA PAMAC Cruise Summit, taking place Dec. 10-13 on board Royal Caribbean International’s Freedom of the Seas. Plans are also currently in the works for the land-based annual PAMAC Conference.