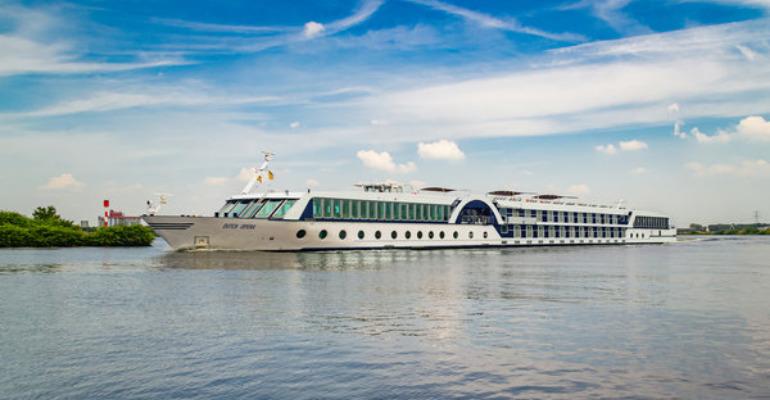 Dutch Opera is adding more capacity for Plantour's 2021/22 New Year's cruises
Bremen-based Plantours & Partner GmbH will charter river vessel Dutch Opera for a single voyage between December 27 and January 2, which the company said is in response to extensive demand for 2021/22 New Year's itineraries.

Plantours also announced it will replace its October Mediterranean itineraries for Hamburg with domestic cruises from German ports.

A spokesperson for the line said its river cruises are ‘extremely successful at present,’ with nearly all itineraries for its four riverships booked to capacity for months and newbuild Lady Diletta particularly in demand.

Peak demand has been recorded for Plantour's New Year's itineraries, which are booked up already. In response, Plantours has chartered Dutch Opera to provide another itinerary from and to Dusseldorf.

During the six-night cruise, the vessel will call at Arnheim, Gorinchem, Antwerp, Rotterdam, Amsterdam and Nijmegen.

Prices start from 899 euros, including a beverage package.

Dutch Opera, which is owned by Dutch Cruise Line in Maasbracht, Netherlands, was given its current name only recently; built in 1998 at De Hoop for Lüftner Cruises as Amadeus II, the rivership is 110 metres long and carries 150 passengers.

Contrary to earlier plans, Plantours will not deploy its only ocean cruise vessel, the 400-passenger Hamburg, in Mediterranean waters this year but instead concentrate on itineraries in Germany.

Three new cruises have been added within that context: On September 29, Hamburg will return north from Lisbon on a western Europe itinerary, arriving in Germany on October 9. This will be followed by a six-day itinerary to Kiel calling at four German islands: Borkum, Amrum, Sylt and Heligoland.

The third cruise will see the vessel sailing back to Hamburg by way of Bornholm, Stralsund, Travemünde and Heligoland. Prices for the two shorter cruises to and from German start at 749 and 899 euros, respectively.

Plantour's new routing underlines a trend towards smaller, more local destinations which favour German, Danish and Swedish ports and islands, as well as the Kiel-Canal.

Only vaccinated passengers have been permitted onboard since the beginning of September.