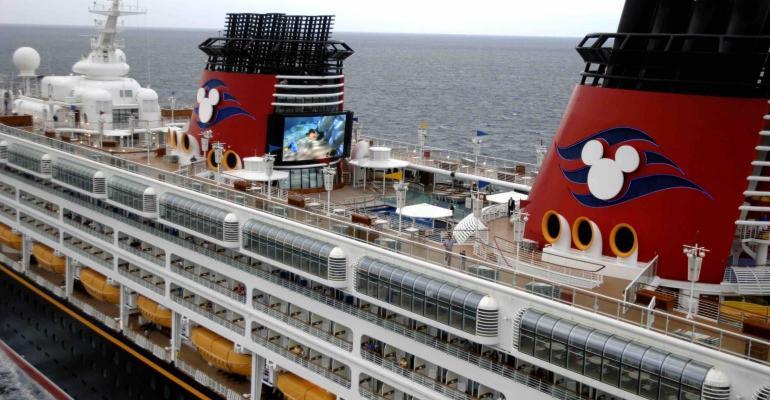 This came as the Broward County Commission approved Bermello Ajamil & Partners for design and consulting services.

'Disney is known for its remarkable creativity worldwide. I'm sure this new terminal will reflect the magical Disney experience for travelers. We are certainly very happy and complimented that Disney Cruise Line will be sailing from our Port Everglades,' Broward County Mayor Michael Udine said.

Improvements to Cruise Terminal 4 and the adjacent berth will begin once the interior and exterior designs are complete. The entire project must be completed by fall 2023 when Disney plans to sail for the first time from Port Everglades.

'Our seaport construction staff has been working closely with teams of Imagineers and other creative groups to brainstorm designs and ideas to maximize guest flow and efficiency. I am excited to see the final product,' Port Everglades Chief Executive and Port Director Jonathan Daniels said.

Adding Port Everglades as a second homeport, after Port Canaveral, gives Disney a dedicated terminal in a market with direct highway access and one of the nation's fastest growing airports, Fort Lauderdale-Hollywood International Airport.

'We continue to make progress on our specially designed Disney Cruise Line terminal, which will allow us to provide the outstanding experience our guests have come to expect from us, along with that special touch of Disney magic,' Disney Cruise Line SVP and General Manager Sharon Siskie said.

Part of a 15-year agreement

Disney will use Port Everglads as part of a 15-year agreement that includes one ship to be homeported year-round beginning fall 2023, joined by a second, seasonal ship in 2025.

The agreement will support an estimated 1,111 direct local jobs generating $31.6m in wages and $12.3m in state and local taxes, according to a study by maritime research company Martin Associates.