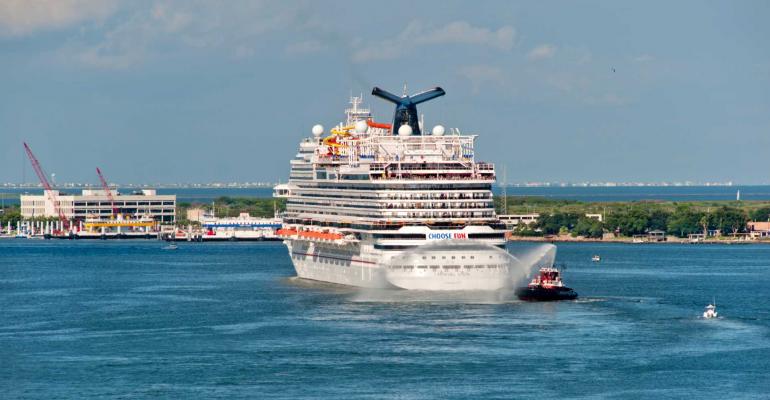 The Port of Galveston plans to vaccinate a total of 350 crew from Carnival Vista, pictured here, and Carnival Breeze

Galveston plans to vaccinate at least some cruise ship crew, which would make it the first US port to publicly pledge to do so.

During Tuesday's Galveston Wharves Board meeting, trustees were told some 350 crew from Carnival Breeze and Carnival Vista are expected to be vaccinated on Monday and Tuesday through arrangement with the University of Texas Medical Branch (UTMB). They'll receive the two-dose Pfizer vaccine.

The port did not respond to several requests for further information.

Board trustee E.L. 'Ted' O'Rourke told Seatrade Cruise News he's surprised the crew aren't already vaccinated. But he welcomed the initiative, as long as the program goes through proper channels with the city, the county health district and UTMB, and all cruise lines are treated the same and have equal opportunity to get their crew inoculated.

The two Carnival Cruise Line ships are en route to arrive at Galveston Sunday. Port CEO/Director Rodger Rees said in a television interview the ships will crew up, have some work done and be ready when it's time to start cruising.

According to a Carnival spokesman, Carnival Breeze and Carnival Vista will be present for a media event with community partners at the port on Monday but the cruise line had no comment about crew vaccination.

A Royal Caribbean Group spokesman said he was not aware of the Galveston vaccination plans.

During the same board meeting, trustees approved Royal Caribbean's requested extension to build a cruise terminal that will accommodate the first Oasis-class ship for Texas.

Concerning vaccination, when asked whether there's adequate supply to inoculate crew and how this will play with local residents, Galveston Mayor Craig Brown told Seatrade Cruise News he didn't have enough information to comment on an initiative that will be managed by the port and the UTMB.

Texas 'appears to have plenty of shots'

As of March 29, Texas opened COVID-19 vaccination to everyone 16 and older. The Fort Worth Star-Telegram on Monday reported only one-fourth of Texans have been fully vaccinated as demand drops in the state.

'After months of not having enough COVID-19 vaccines to meet demand, Texas suddenly appears to have plenty of shots but not as many people lining up to receive them,' the paper said, adding that local leaders across the state were trying to ramp up outreach efforts and fill more appointments.

An online search of vaccine availability in Galveston turned up six locations with varying supplies. To cite a few examples, one CVS Pharmacy listed 2,711 doses (first and second) of the Pfizer vaccine. Another CVS had 100 (double) doses of Moderna, while another had 66 double doses of Moderna and 33 of single-dose Johnson & Johnson.