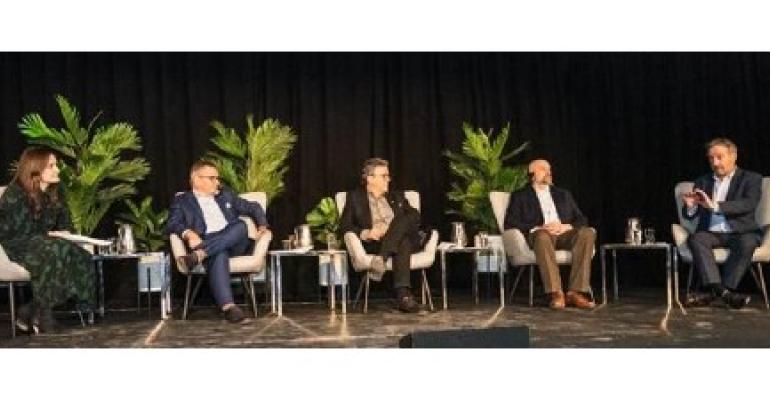 This fourth installment of the event drew more than 100 attendees to the Quai 30 terminal including representatives of the tourism sector and the maritime community, several elected officials and various citizen groups, all focused on cruising's sustainable development.

'Since the first forum held in 2014, we have developed a unique model in Québec City, which relies on the consultation of partners and the participation of the community,' said Mario Girard, president and CEO of the Québec Port Authority. 'We consult, talk to each other and come up with win-win solutions and objectives.'

This aims to keep Québec at the forefront of sustainable cruise development.

At the forum the Québec Port Authority announced plans for a feasibility study on shore power for cruise ships that will evaluate cost, technical feasibility and the impact on reducing greenhouse gas emissions. Discussions are under way with suppliers and Hydro-Québec to determine the energy requirements for such a project.

'The evolution of the industry and the growing use of electric power have completely changed the cruise landscape in recent years,' Girard said. 'With this in mind, we are strongly considering converting our docks to shore power. He referred to Cruise Lines International Association’s commitment that all ships use shore power by 2035.

According to the Port of Québec, only 2% of the world's cruise ports, or fewer than 30, are equipped to supply electricity to ships at the quay. So Québec would be among the few to do so. Other Canada/New England ports are also joining the project, leading the way to potentially develop one of the greenest cruise routes in the world.

Several other commitments were announced or reiterated at the forum to ensure responsible cruise development.

These include limits of 15,000 passengers per day set by the port and no more than two simultaneous embarkations/disembarkations, except in extraordinary situations.

Pre-season meetings with operational partners will be organized, and there will be collaboration with the Special Events Coordination Center to avoid traffic issues on busy days.

New routes and varied attractions will be put forward to ensure a healthy dispersal of visitors.

Passenger counts are expected to continue to rise and soon will return to pre-pandemic levels. Ships’ occupancy is projected to be at 90% for the last quarter of 2022, compared to 54% for the year's first three months. COVID testing requirements have been lifted by most countries, which is a contributing factor to this recovery.

In 2019, the last full season before the pandemic, the economic impact of Québec City's cruise industry was estimated at $106m.