HomeNewsPorts & DestinationsPort of Southampton adding a fifth cruise terminal in 2021; signs partnerships with MSC and NCLH
Recent
Recent News
Onboard Media touts locally made products on Carnival ships in Alaska
May 24, 2022
NCL moves to nine ships in Europe this year with Sun redeployed from Asia
May 24, 2022
AmaWaterways unveils savings for Mekong return in October
May 24, 2022
NCL’s Ben Angell new chairman of CLIA Australasia
May 24, 2022

Port of Southampton adding a fifth cruise terminal in 2021; signs partnerships with MSC and NCLH 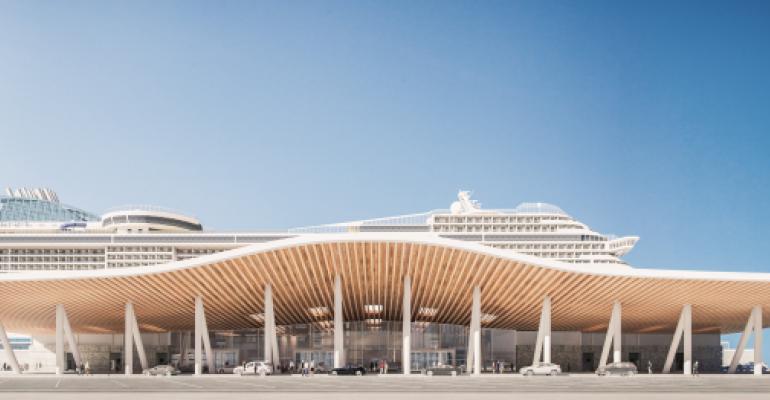 Associated British Ports is building a new £55m next-generation-ready open access cruise terminal in Southampton and has signed strategic partnerships with MSC Cruises and Norwegian Cruise Line Holdings which will use the facility, although not exclusively.

The port’s fifth dedicated cruise terminal, opening next year, is a two-storey building located at Berth 102, adjacent the City Terminal, and will benefit from roof-mounted solar power and will also have shore power connectivity installed. A significant amount of the building and roof has already been completed.

The project has received support from the Solent Local Enterprise Partnership (LEP) through the Government's Getting Building Fund with an £8m grant.

Alastair Welch, Director of ABP Southampton, said: ‘This investment is a huge vote of confidence in the future of cruise in Southampton and we’re excited to be at the forefront of a growing industry.’

Robert Courts MP, Minister for Maritime, Department for Transport, said: ‘As we continue to support the cruise sector in its restart and recovery, it’s great to see Government funding being used to help deliver better services for passengers. This next-generation facility also showcases to ports around the world how we’re pioneering the use of green technology right here in the UK.’

Rebekah Keeler, head of cruise at ABP Southampton told Seatrade the multifunctional terminal has been designed to accommodate all existing ships as well as next generation ships that are on order. It will be capable of handling one large ship up to 6,000 passenger capacity or two medium sized vessels simultaneously and will be equipped with two air bridges to cater to the port’s tidal movements.

As part of its long-term agreement with ABP Southampton, MSC Cruises has announced MSC Magnifica will homeport in the UK at the fifth terminal starting in summer 2021 and has pledged to have at least one vessel dedicated to Southampton in the future with sailings to Northern Europe and the Mediterranean.

Gianni Onorato, MSC Cruises’ CEO said: ‘MSC Cruises really believes in the potential of the UK cruise market and making this long-term commitment is evidence of that.

‘Over the last five years MSC Cruises has increased our presence in the UK & Irish markets and following a positive response from travel agents and our guests we feel now is the right time to make a more substantial commitment,’ he said and in addition to its homeporting commitment revealed, ‘several of our ships will be visiting Southampton as a destination as part of our wider cruise programme.'

MSC Magnifica will sail 21 voyages in summer 2021 from Southampton including two 14-night cruises to the Mediterranean in June and August with calls at Malaga, Lisbon and Monte Carlo, weekend mini sailings to Northern Europe and seven-night cruises to the Norwegian fjords.

Steve Moeller, svp of commercial development at Norwegian Cruise Line Holdings Ltd, said: ‘This agreement marks the continuation of the strong partnership between Norwegian Cruise Line Holdings https://www.seatrade-cruise.com/ship-operations/ncl-opens-wide-range-winter-202223-cruises-five-free-sea-offers and the Port of Southampton and demonstrates our commitment to the region.’