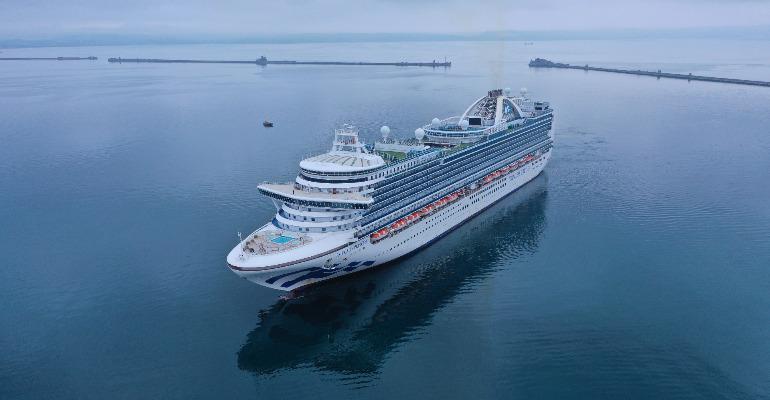 Emerald Princess arriving at Portland Port on May 2

Portland is expecting to receive 62 cruise ships this year – 11 of them inaugural port calls – and over 112,000 passengers, which would be a new record for the UK south coast port.

Ian McQuade, general manager, Portland Port said, ‘It is great to see the cruise industry bounce back so strongly following two years so severely disrupted by the pandemic. To have over 60 calls and 112,000 guests scheduled to visit Portland Port this season is a phenomenal result. It is particularly gratifying to welcome so many first time visitors.’

Passengers visiting Portland in 2022 will comprise a range of nationalities including German, Norwegian and American; the port has seen continued growth year on year.

One of the cruise ships returning to Portland will be Disney Magic on September 12; in the past week, Norwegian Cruise Line’s Norwegian Getaway has also returned to the port.

Continued McQuade, ‘Whilst it is always exciting to welcome new lines and new ships, it is the continued support from the likes of Disney, Norwegian Cruise Line, Regent Seven Seas, AIDA Cruises, Phoenix Reisen, Holland America Line and many others that proves we must be doing something right.

‘We have built up strong relationships with all our cruise line customers and look forward to working with them in the future to further grow the port’s cruise business.’

AIDA Cruises’ AIDAvita will bring the season to a close on November 14.