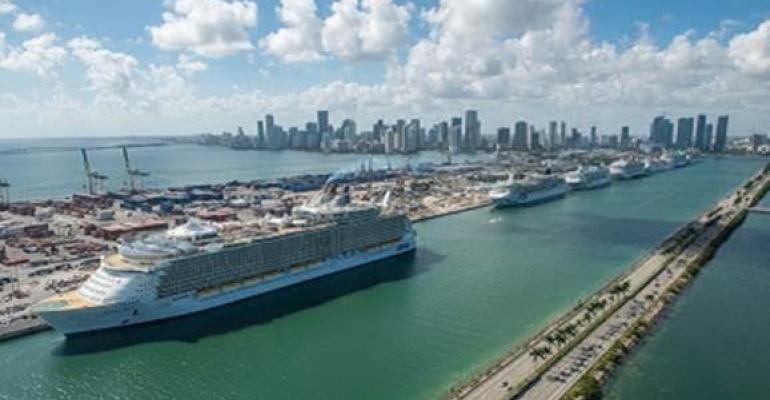 Under the MOI, the Miami-Dade County will designate Royal Caribbean as the primary third-party cruise line at the shared terminal facility and negotiate terms for minimum revenue guarantees, financing, timing and construction of Berth 10

This follows the news, as earlier reported here, that Disney Cruise Line, which has been in talks for sharing that facility with MSC and using the new Berth 10, is seeking a long-term agreement at Port Everglades.

Miami-Dade County Mayor Daniella Levine Cava has recommended a memorandum of intent between the county and Royal Caribbean Group to pursue an agreement. This MOI will be presented to the PortMiami and Environmental Resiliency Committee on June 8 and the Board of County Commissioners on June 15.

Under the MOI, the County will designate Royal Caribbean as the primary third-party cruise line at the shared terminal facility and negotiate terms for minimum revenue guarantees, financing, timing and construction of Berth 10, a facility that will be operated and maintained by the County and have shore power capability.

Incremental to Terminals G and A

This would make a third terminal and berth for Royal Caribbean, adding to its terminals G and A.

Three ships by more than one line

As approved in February by the Board of Commissioners with MSC Cruises, the shared cruise terminal will be the first of its kind at the port with the capability of simultaneously berthing three cruise vessels (at Berths 8, 9 and 10) by more than one line.

Meanwhile, Port Everglades will seek permission from Broward County Commissioners at today's commission meeting to enter negotiations with Disney for the use of Cruise Terminal 4, which has been in play since Port Everglades amended its agreement with Carnival Corp. & plc earlier this year.