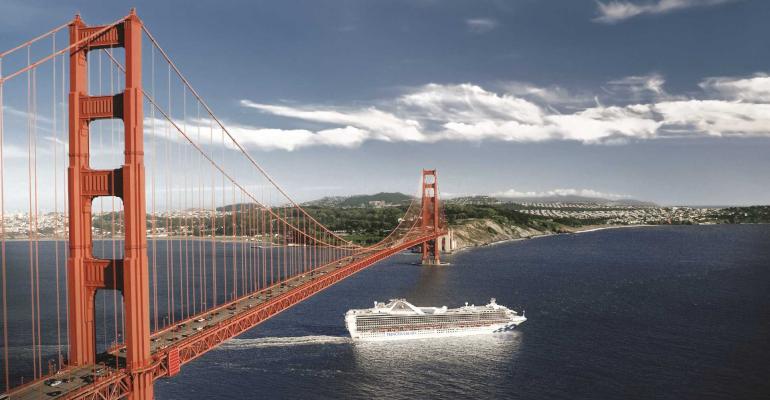 A Princess ship sails under the Golden Gate Bridge to San Francisco, a homeport for Mexico, Cslifornia coast and Hawaii cruises

Princess Cruises, a powerhouse on the US West Coast, plans 'robust' 2022-23 offerings to Mexico, the California coast and Hawaii and Tahiti.

Every five-day voyage includes an overnight at Cabo San Lucas.

The only cruise line to offer a full season of Hawaii round-trips from the mainland, Princess offers 21 departures from Los Angeles, San Francisco and Vancouver.

The 28-day Hawaii, Tahiti and Samoa voyage returns, sailing round-trip Los Angeles on Crown Princess with an overnight stay in Bora Bora and late-night calls in Honolulu, Papeete and Moorea.