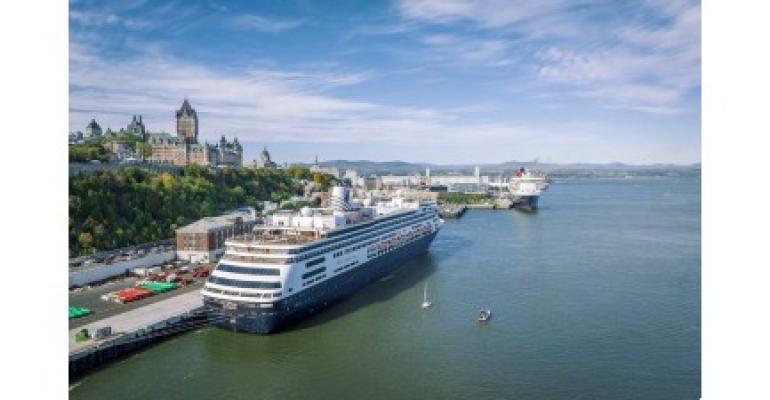 'We are very satisfied with the positive outcome for this international cruise season, the first in two years,' Port of Québec CEO Mario Girard said. He credited 'exceptional efforts of all stakeholders involved, whose commitment and collaboration have helped offer visitors a memorable experience. The Port of Québec continues to stand out as a choice destination for major international cruise lines, generating important windfall for the tourist industry.'

Cruise berthing was expanded with the commissioning of Wharf 93 (the Coast Guard Wharf), which had been under renovation for 10 years, having last been used for cruise ships in 2012. Its location at the foot of the Petit-Champlain quarter makes it convenient for transit calls. Three ships docked this season.

Port of Québec also made the spacious, modern facilities of its new Terminal 30 available to cruisers for the first time. Able to accommodate large ships and receive more than 2,500 passengers at a time, Terminal 30 enhanced the visitor experience and homeporting operations.

'International cruises are a major promotional asset for our region,' Destination Québec Cité Director Robert Mercure said. '... We can be proud of the results seen, not only for the traffic generated but also for the efforts made to further spread the tourist flow over the territory. That is why we are continuing the efforts already under way to responsibly develop the international cruise industry.'