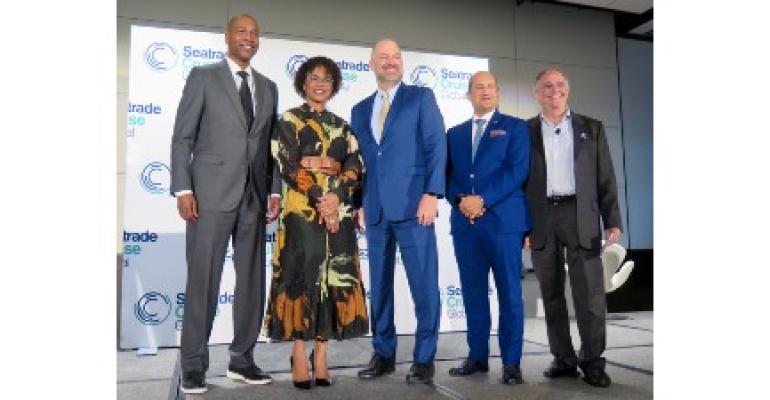 US Rep. Rick Larsen of Washington state said the Port of Seattle was thrilled to welcome back cruise ships and aims to be the cleanest and greenest port in North America. US passage of the CARES Act and infrastructure spending have and will support recovery and jobs, he said.

Port Everglades lost $92m in revenue and $11m in fees during the pandemic but it was vital to collaborate with cruise lines, port director Jonathan Daniels said, and this led to Everglades hosting the first oceangoing cruise ship to sail from the US in more than a year — Celebrity Edge on June 26, 2021 — triggering recovery.

Relationships formed during the pandemic will never go away

'Relationships formed during the pandemic will never go away,' Daniels said.

The pandemic also gave Everglades the opportunity to diversify its portfolio by adding Viking Cruises and Disney Cruise Line, and to work on technology advances at its terminals to handle people in a safer, more efficient manner.

'Barbados never closed. They focused on caring about people,' Benford said, in facilitating the repatriation of thousands of crew at a time when other places blocked ships for COVID fears. Meanwhile, Royal Caribbean worked on the science-guided Healthy Sail Panel to create protocols that would lead to cruise resumption.

Also, Cummins said Barbados pumped $300m into a 24-month resilience program that helped retrain tourism workers for other jobs so no port or airport workers were let go.

Communicating, creating structures for rapid decision-making, empowering people and improving technology were key factors in reslience, according to Stephen Xuereb COO, Global Ports Holding and CEO, Valletta Cruise Port. Valletta was one of the first places in Europe to welcome cruise ships in the pandemic, starting in August 2020.

The port reached out to media to explain about the health protocols and processes in order to reassure the local population before the first ship arrived. And when that ship came — it belonged to MSC Cruises — media were invited back to interview crew and passengers, to 'eliminate the fear factor.

'The spirit of collaboration during the pandemic was unprecedented,' Xuereb said, thanking the cruise lines for helping engage the community.

In Barbados, leaders shared stories of crew stranded far from their families, and creating empathy for their plight shifted Barbadians from fear to pride in helping people, Cummins said.