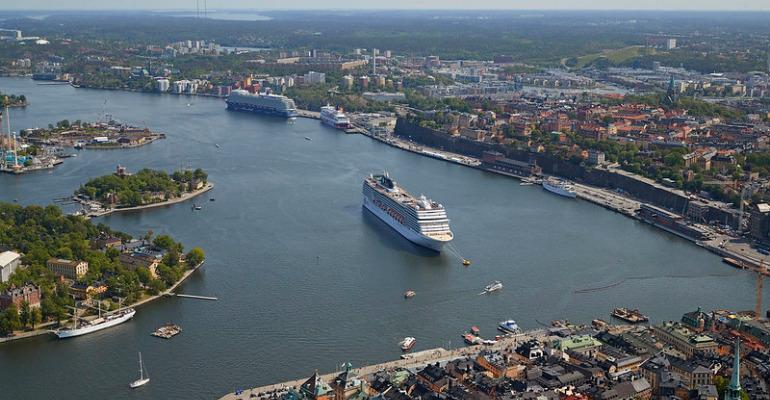 The first cruise ship of the season, World Odyssey, will arrive in Stockholm on April 10

Stockholm and Nynäshamn are set to receive 230 cruise calls this season with ships staying longer in port, as the Russia-Ukraine conflict pushes lines to withdraw St Petersburg from Baltic itineraries.

Prior to Russia invading Ukraine, there were 300 calls booked, a new record for Ports of Stockholm.

Remarked Fredrik Lindstål, chair of the board at Ports of Stockholm, ‘... Stockholm is a very popular destination and Ports of Stockholm will welcome as many as 230 cruise ships, despite the troubling international situation. The long awaited tourists will stay longer than usual, which will be a major positive boost for Stockholm and our tourist industry that was hit hard by the pandemic.’

The first call of the season will be on April 10 from Semester at Sea's World Odyssey, which will remain at Frihamnen Port for four days. AIDA Cruises is the line that will frequent Stockholm the most this season, with AIDAdiva set to make the most calls to the city.

The greatest number of turnaround calls will be from Viking Ocean Cruises while the largest ship to arrive will be Norwegian Cruise Line’s 145,655gt Norwegian Getaway.

Ambassador Cruise Line will make its first sailing to Sweden this year.

Offloading sewage at all of the quay-berths is possible in Stockholm.

Stated Stefan Scheja, marketing manager, ferries and cruises, Ports of Stockholm, ‘We have…worked closely together with the shipping companies for many years on environmental issues. Next year it will be possible for cruise ships to connect to onshore power in Stockholm…’

Scheja concluded, ‘We have close dialogue with the shipping companies about the pandemic situation and the international security policy developments.’