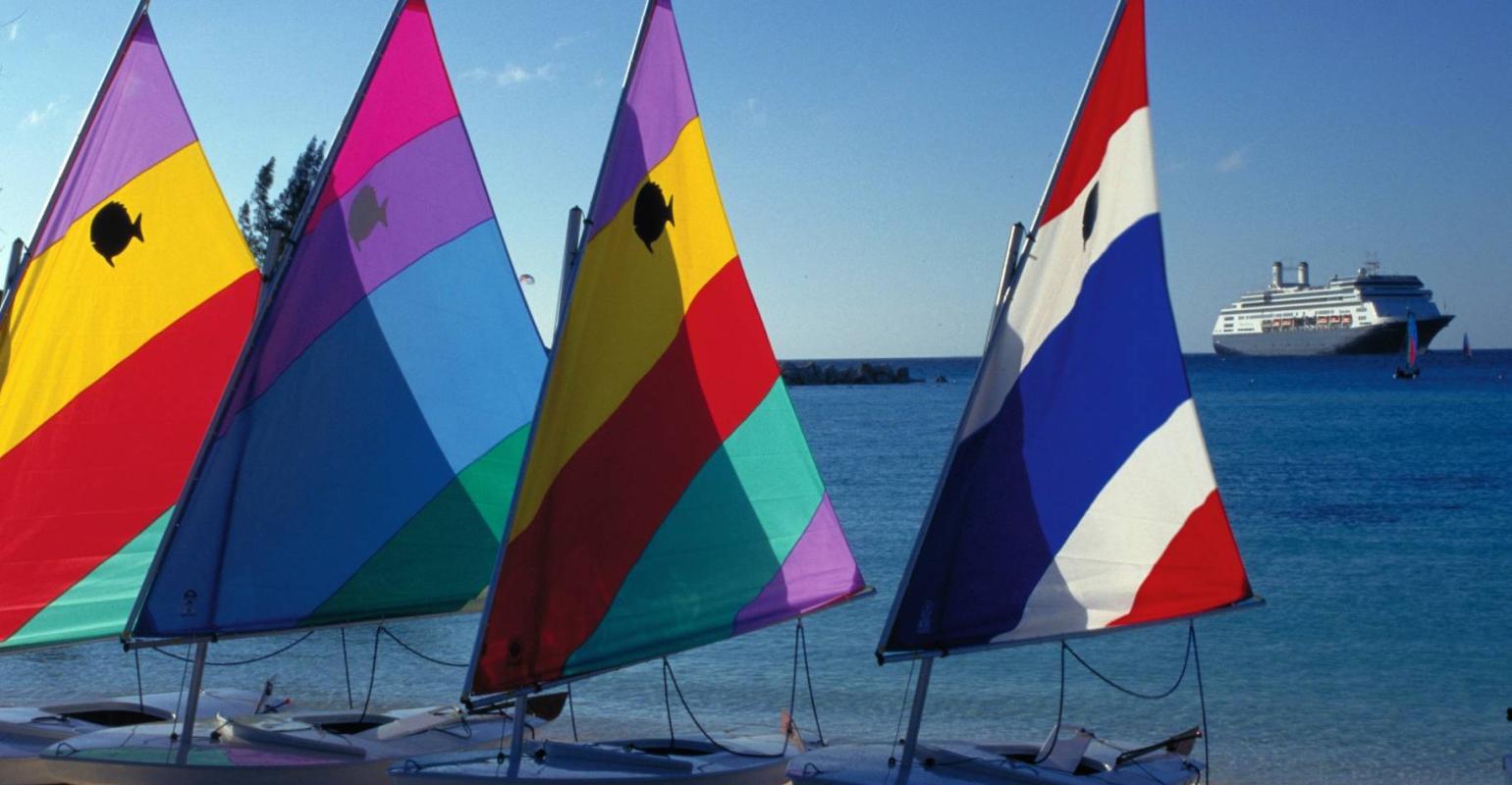 All itineraries stop at Half Moon Cay in the Bahamas, the port Holland America passengers rate tops in the Caribbean region
Holland America Line's October 2021 to April 2022 Caribbean season features six ships, including the new Rotterdam.

In addition to Rotterdam, the Caribbean fleet consists of Eurodam, Nieuw Amsterdam, Nieuw Statendam and Volendam with one holiday cruise on Zaandam.

Half Moon Cay on every itinerary

All the itineraries call at Half Moon Cay, rated by HAL passengers as their favorite port in the region.

Seven- and eight-day western itineraries have stops at Belize City, Falmouth, Ocho Rios, Grand Cayman, Cozumel and Half Moon Cay. Besides Rotterdam, these are operated by Nieuw Amsterdam and Nieuw Statendam.

Besides Rotterdam, the ships include Eurodam, Nieuw Amsterdam, Nieuw Statendam, Volendam and Zaandam.

Many of the cruises can be extended into Collectors’ Voyages of 13 to 21 days. Plus, there will be nine holiday sailings with observances like a Christmas tree-lighting ceremony, caroling and sing-alongs, Hanukkah celebrations, traditional holiday meals and a special Royal Dutch High Tea with fanciful holiday cookies and pastries.