Royal Caribbean kicks off Haifa homeporting, a first for the line 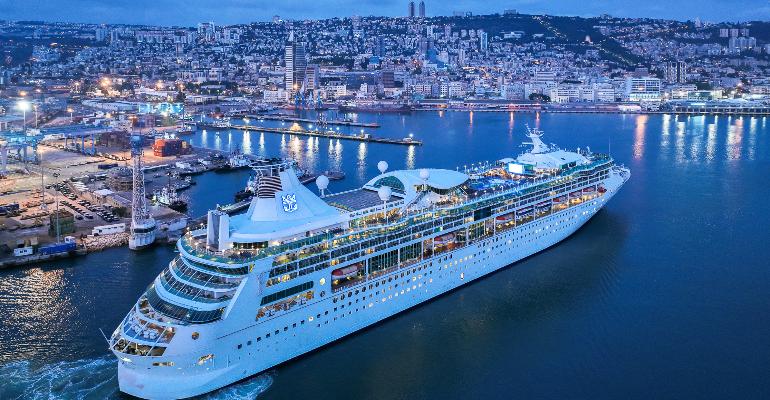 Rhapsody of the Seas arrived in Haifa August 5

In a first for Haifa and Royal Caribbean International, Rhapsody of the Seas today began homeporting at the Israel port.

It will offer mainly seven-day itineraries in the Eastern Mediterranean, and later in the season, shorter itineraries of three and four days to Cyprus and Rhodes.

A relationship set for the long term

Zohar Rom, head of cruise and tourism at Haifa Port said of the operation, ‘We are delighted to have Rhapsody homeporting in Haifa for this summer, and I am sure that the tens of thousands of Israelis and non-Israelis that will embark in Haifa starting today will have a great time.’

Early in its pandemic restart, Royal Caribbean had planned to operate the newly delivered Odyssey of the Seas from Haifa carrying Israeli residents fully vaccinated for COVID-19 starting in May 2021. When this was announced — a stunning development at the time — Israel led the world in COVID-19 vaccination, and it was planned for Odyssey's crew to be inoculated, too. However, the company had to change plans when airstrikes broke out.

In total, the port will have 109 turnarounds and 116 transit calls, adding up to its busiest year so far.

The port revealed last month that significant investment in cruise facilities is expected to emerge from the recent sale of Haifa Port to private entities.