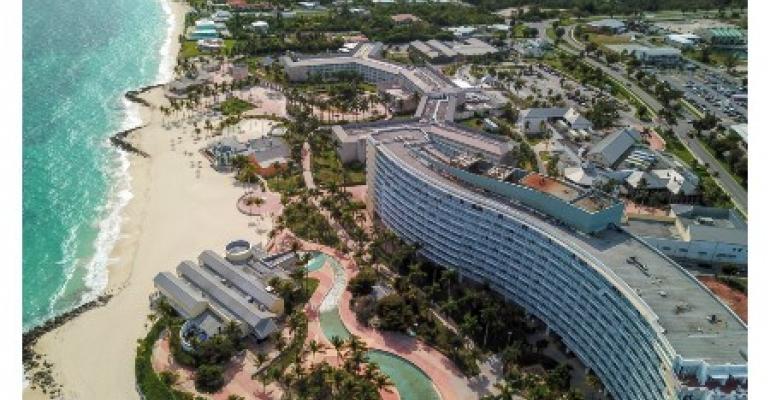 Royal Caribbean and ITM Group's plans to transform the Bahamas' Grand Lucayan Resort are off but they're said to still be pursuing cruise improvements at Freeport Harbour.

Their joint venture, Bahamas Port Investments (BPI), aspired to make the Grand Lucayan into a major destination with additional hotel and conference space, a water adventure theme park, retail and restaurants. It also would be a draw for cruise passengers arriving at nearby Freeport.

Meanwhile, at Freeport Harbour there would be expanded berthing for Oasis-class vessels and a multimodal hub for shore excursions and transport including water transfers to the Grand Lucayan.

The new Bahamas government determined the former administration's Grand Lucayan deal was 'not in the best interests of the Bahamian people' and announced this week that the 2020 purchase agreement with BPI was canceled.

Deputy Prime Minister and Tourism Minister Chester Cooper said the government was 'not satisfied with what was proposed or that the project would be advanced in the short or medium term,' elaborating: 'We were not willing to continue on without clear timeline for completion and were of the view that many of the terms were not in the best interest of the Bahamian people. For example, the Minnis administration via Lucayan Renewal Holdings Limited (LRHL) had agreed to lend money to Bahamas Port Investments Limited to renovate and develop the property. In summary, the deal was not a win-win for the Bahamian people.'

With the sale agreement canceled, LRHL is now able to negotiate with other suitors. Cooper said 'there are several noteworthy entities that have a credible interest in the property' and talks with other potential investors will 'start shortly.'

The minister added: 'BPI maintains an ongoing commitment to the development of a world-class port facility in Freeport,' and Royal Caribbean Group 'remains committed to the Grand Bahama Shipyard in which it holds a 40% interest.'

Royal Caribbean in a statement to Seatrade Cruise News said BPI’s contract to purchase the Grand Lucayan was terminated on mutual agreement 'after ITM Group made the decision not to proceed with the acquisition.' It added 'BPI will continue with its plans for a cruise port redevelopment project in Grand Bahama.'

Royal Caribbean said that following ITM’s withdrawal, it began searching for a new partner with experience as an established operator in the land-based hospitality industry, and it looks forward to participating in the new public bid process for the Grand Lucayan.

'The transformation of the Grand Lucayan into a premier entertainment resort will complement our plans for the development of a world-class cruise port facility in Freeport to re-establish Grand Bahama as one of the world’s most popular cruise destinations,' Royal Caribbean continued.

Royal Caribbean said it's also investing in the $450m transformation of the Grand Bahama Shipyard via its 40% stake in this strategically located repair yard.

In a Bahamas Eyewitness News story, former Tourism Minister Dionisio D'Aguilar blamed the failed Lucayan deal on the inability of Royal Caribbean/ITM and Freeport Harbour Co. to strike a deal. He said that shouldn't have been a condition for proceeding with the Grand Lucayan project and maintained 'a port deal was never close.'

No hurry at the port

Hutchison is focused on the container business, and in light of global supply demand it would seem there's little urgency on the cruise side. Anyway, passenger ships don't appear to be bypassing Freeport in the absence of upgrades.

But in early 2020 when pursuing the Grand Lucayan deal, ITM Group said Freeport had been receiving about 400,000 passengers annually — a figure it forecast could go up to 1m with an improved cruise port and the transformation of the Grand Lucayan into a destination.