Royal Caribbean’s blockbuster 2022/23 season Down Under 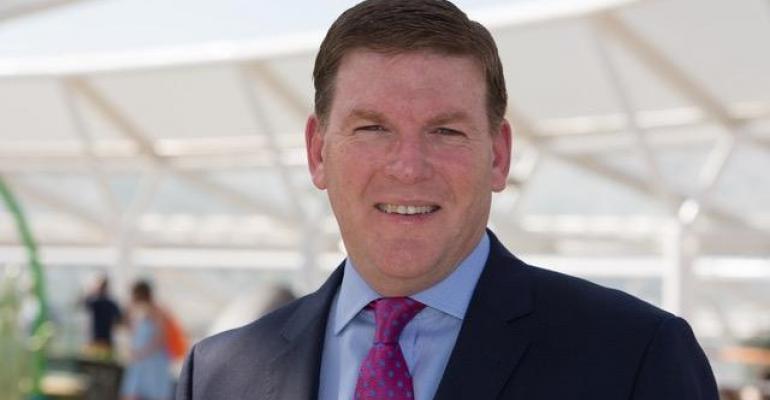 Gavin Smith said there are more weekend samplers to give people a taste of sea life
Royal Caribbean International will offer 66 cruises throughout Australia, New Zealand, Vanuatu, New Caledonia, Fiji and the Loyalty Islands in the local summer of 2022/23.

Gavin Smith, VP and MD Royal Caribbean International Australia and New Zealand, said the season will be operated by the high-tech Quantum of the Seas, her sister ship Ovation of the Seas and Radiance of the Seas.

‘This calibre of ship isn’t seen elsewhere in this region and the technological innovation and modern hardware open up a new audience to cruising,’ Smith said.

He said from October 2022 Quantum of the Seas will be based at the new A$177m Brisbane International Cruise Terminal which opened late last year.

She will operate 24 sailings from three to 18 nights, including two trans-Pacific voyages, to destinations in the South Pacific, New Zealand and Australia.

Ovation will operate her seventh Australian season from Sydney and, like her sister ship, will feature the North Star, RipCord by iFly and FlowRider, as well as a myriad of dining options.

She will make 20 sailings from two to 19 nights around New Zealand, Queensland and the South Pacific.

Radiance will also operate from Sydney, with 22 sailings, including two trans-Pacific voyages, ranging from three to 18 nights to destinations in New Zealand, the Great Barrier Reef, the South Pacific and Fiji and Tasmania.

The season goes on sale March 25.