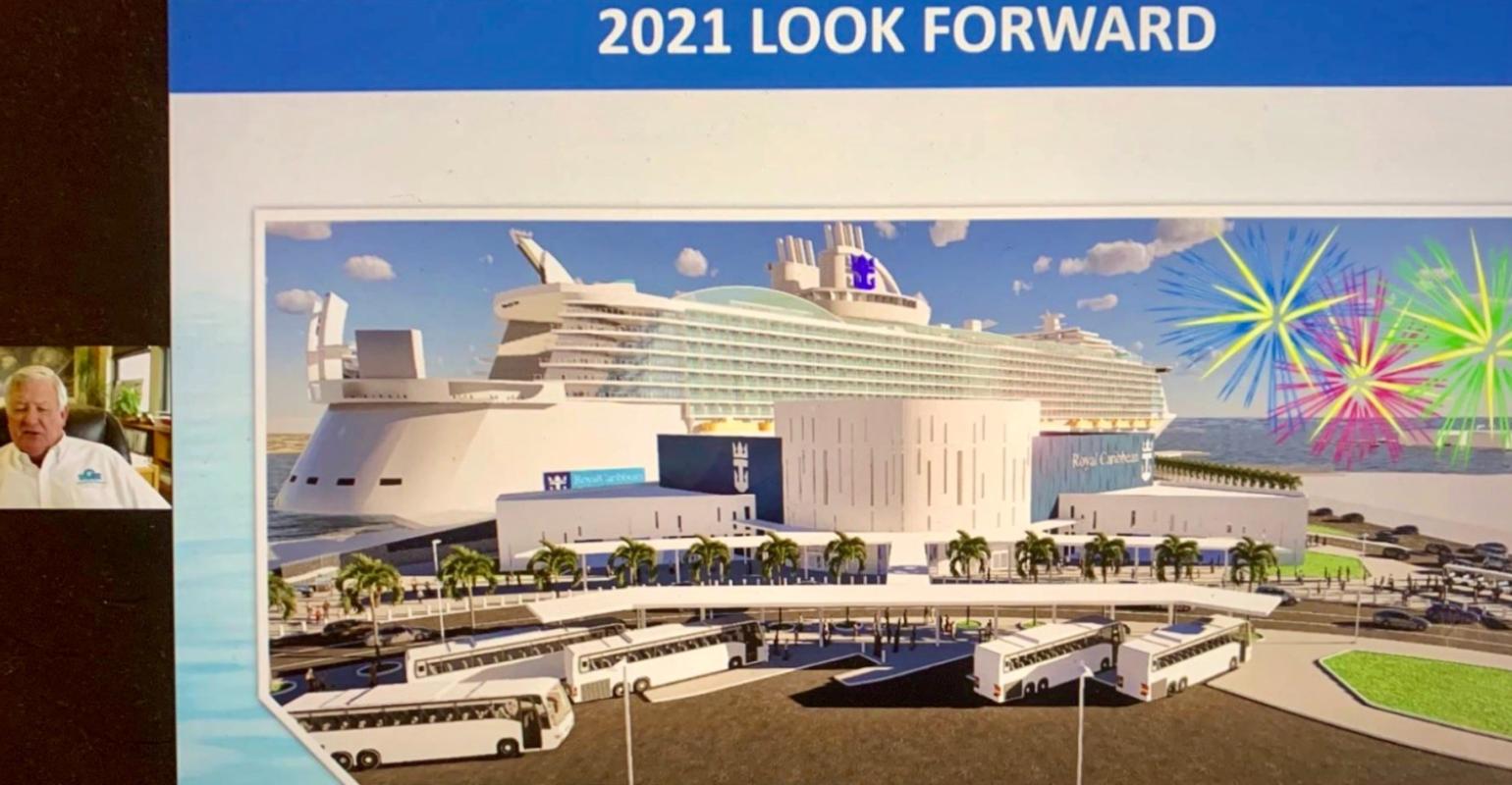 'This construction project is part of Royal's future because of the huge market that we represent to them — 50 million people within a 12-hour drive of this port,' Rodger Rees said
Royal Caribbean Group plans to go ahead with building a $100m cruise terminal at the Port of Galveston, port director and CEO Rodger Rees said.

He added that engineering and architectural work have been completed, and construction is slated to start in April. $15m will be going into upgrading the berth.

Allure of the Seas in November 2022

Rees noted sales are open for Allure of the Seas cruises starting in November next year from the port.

Last April Galveston Wharves gave the cruise giant another year to commit to the project after Royal Caribbean requested an extension.

A Royal Caribbean Group spokesman told Seatrade Cruise News the company continues to work closely with Galveston on the new terminal and is on track to offer the first Oasis-class cruises from Galveston in winter 2022.

Speaking during a Galveston industry outlook webinar, Rees said he'd been told by Royal Caribbean that of 20-some projects, the company had whittled those down to two — Galveston and a new facility at Freeport, Bahamas.

According to Rees, 'Even though cruising may not start in April or May or June, this construction project is part of Royal's future because of the huge market that we represent to them — 50 million people within a 12-hour drive of this port.'

He said cruise lines are currently honing their COVID-19 mitigation protocols and setting up agreements with the port, hotels and medical facilities.

'We understand COVID's here. Vaccines are not going to eradicate it 100%. So every now and then you probably get one, two, three cases on these cruise ships,' Rees continued. 'The important thing is not to get 50 to 500 cases on them, and I think they're mitigating that.'

Despite the pandemic, Galveston Wharves closed 2020 with a positive cash flow. Income from operations, grants and investments totaled $29m, while expenses were just over $27m, leaving a positive $2m balance.

$2.7m of operating income came from the cruise business, including parking, before cruising was suspended in March. $11.4m came from cargo operations, and a record $6.1m from lay revenues.

For 2021, Galveston Wharves is forecasting operating revenues of $37.5m compared to $27.4 m last year. This projection is based on a phased resumption of cruising.