Sept. 17 update: Cruises back to Toulon 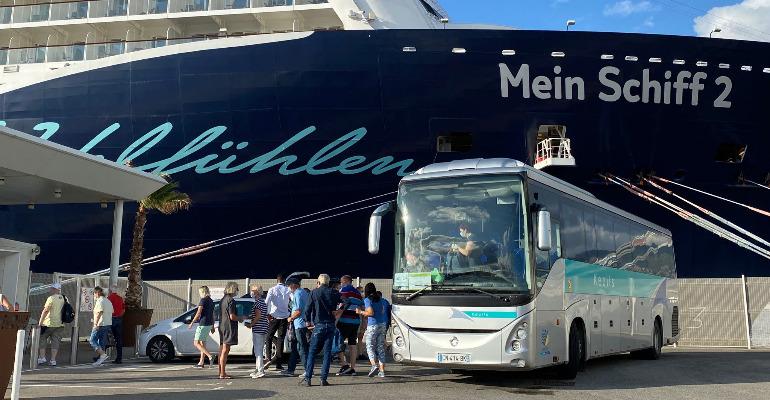 TUI Cruises' Mein Schiff 2 at Seyne Cruise Terminal
Here's a quick read of some of today’s coronavirus-recovery cruise news. This is being updated throughout the day.

Cruises back to Toulon where there's a new marketing strategy

Seyne Cruise Terminal received TUI Cruises’ Mein Schiff 2 on Thursday, signalling a return to passenger operations for the Ports of Toulon Bay, which welcomed its last cruise ship more than 18 months ago and has since created a new brand strategy.

To increase cruise traffic, Toulon Bay has positioned itself as a calm, slow-paced destination that benefits from low CO2 levels. One of its slogans reads ‘Toulon, out of the crowds, close to the people.’

The ports expect an average of 90 calls from 16 lines in 2022, comprising 200,000 cruisers based on full capacity. Some 84% of calls scheduled next year from the premium and luxury sectors.

Toulon Bay accepted cruise ships for lay-up throughout the pandemic.

At a rate of two to three ships berthed continuously since spring last year, 15 calls have been accommodated overall in Toulon Bay, with the duration ranging from a few days to several months.