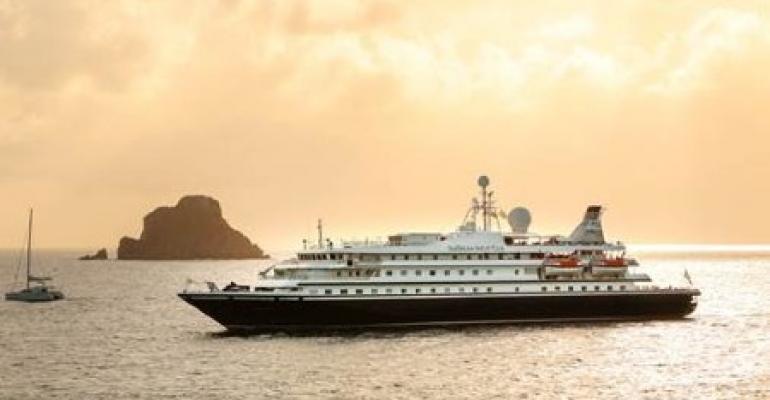 SeaDream became the first cruise operator to return to the Black Sea since the pandemic
Here's a quick read of some of today’s coronavirus-recovery cruise news.

SeaDream first in Black Sea and at new Istanbul Galataport

SeaDream II is scheduled to arrive at Istanbul Oct. 1 , the first to be alongside at the new $1.7bn Galataport Istanbul, a 29,000-square-meter terminal built underground. SeaDream passengers disembarking and those embarking Oct. 2 will receive a welcome gift from Galataport Istanbul consisting of a commemorative tote bag containing Turkish delight from one of the oldest Turkish confectioners, an evil eye and Turkish coffee.

'It’s exciting for our guests to experience new, unique destinations, and these regions are pleased to see tourism returning,' said SeaDream's Emilio Freeman, VP itineraries & destinations. He added that for several years, past guests voiced their interest for SeaDream to return to Turkey and said the team team has been working for many months on arrival to Istanbul, 'one of the most popular ports of call in the Mediterranean.'

He credited the partnership with Galataport Istanbul 'and, especially Figen Ayan [chief port officer]. who has greatly helped make this occasion a reality.'

SeaDream resumed sailing in late June with SeaDream I in Norway and SeaDream II in the Mediterranean and Adriatic.

Hurtigruten's Roald Amundsen and Fram are confirmed for Antarctica, both to sail from Punta Arenas, Chile, while newest ship Fridtjof Nansen will instead be operating expedition cruises along the Norwegian coast from Hamburg, Germany.

There, starting in January, Fridtjof Nansen joins the refurbished hybrid-powered Otto Sverdrup, whose first quarter 2022 sailings are mostly sold out.

This means Hurtigruten will be back with all of its planned expedition activities at the start of 2022.

All Antarctica crew and passengers will be vaccinated.

Hurtigruten has been operating expedition cruises from Chile since the early 2000s.

'Twenty years of experience operating under the umbrella of Chilean authorities and with highly professional local partners gives us the confidence to lock in on a combination of Santiago de Chile and Punta Arenas as our gateway for Antarctica for the upcoming season,' Hurtigruten Expeditions CEO Asta Lassesen said.

Passengers arriving to Santiago will be transported to Punta Arenas on charter flights. 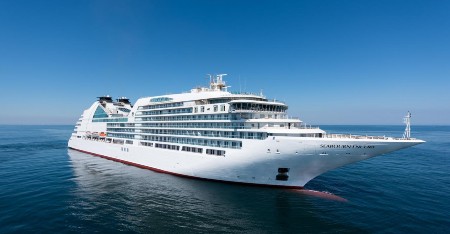 Seabourn Encore will resume service two months earlier than anticipated, on Feb. 19, with a series of new 10- and 11-day itineraries to the Canary Islands and the Mediterranean, round-trip Lisbon. These will operate until April.

The ship, which was set to return on April 17, will become the third in Seabourn’s fleet to carry passengers.

In addition, Seabourn Encore will sail a 15-day voyage from Lisbon to Piraeus, putting it into position for its originally scheduled Eastern Mediterranean deployment in the summer.

Seabourn and Belinda King Creative Productions are set to welcome entertainment partner Sir Tim Rice on the ship's Feb. 19 return voyage. He will appear on stage to share career highlights and stories and perform alongside the Seabourn singers and dancers. Also, Belinda King Creative Productions will premiere 'The Kings,' a contemporary male vocal group exclusive to Seabourn. The Kings are currently scheduled on the Feb. 19 and March 1, 2022 voyages. 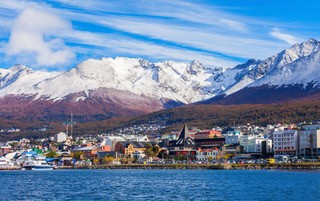 SH Minerva will be turning around in Ushuaia

Swan Hellenic confirmed its inaugural cruises exploring Antarctica will all operate as planned following the Argentine government’s recent announcement that the country will reopen Oct. 20. Swan Hellenic will be sailing from Ushuaia for its maiden season Antarctic aboard the new SH Minerva.

Recognizing that passengers may have postponed booking while awaiting this certainty and that the confirmation has arrived too late for them to take advantage of its 'Cruise Like a Swan' return promotion, Swan Hellenic has extended it for a further month.

So now travelers have until Oct. 31 to save 20% off brochure prices, get $300 on-board spending per person, no supplement for single stateroom occupancy on selected cruises and a reduced deposit 15%. Swan Hellenic also has a simplified, no-quibble cancellation policy.