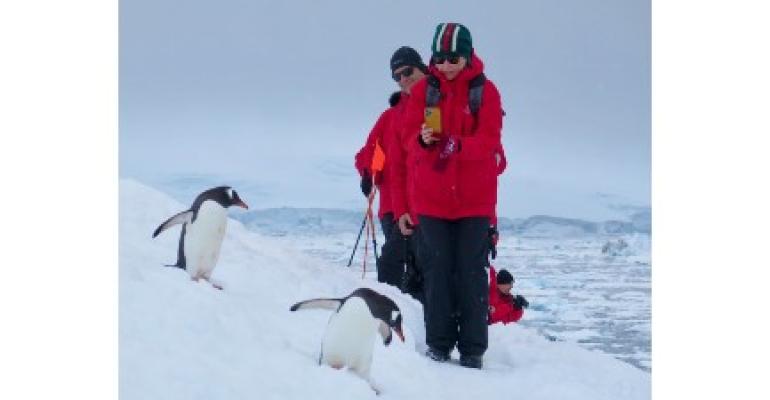 Hundreds of landing sites are authorized by the Antarctic Treaty Consultative Meeting (ATCM) that tourism companies may access.

'However, as a member of [the International Association of Antarctica Tour Operators] and as an organization, we have made the decision to land only where there are developed guidelines (beyond ATCM's general ones),' said Conrad Combrink, SVP expeditions, destinations & itinerary management, Silversea.

With expedition cruising booming, more ships are flocking to the White Continent so sites are seeing higher visitation. 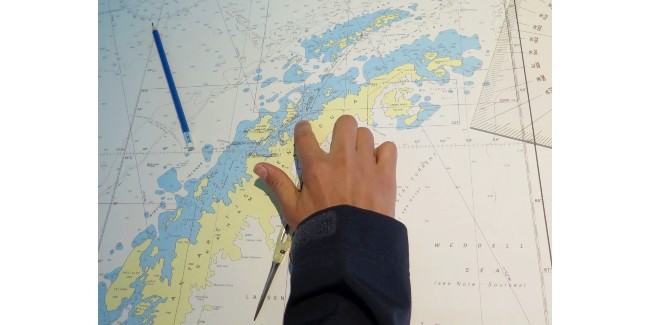 Combrink said the majority of ships congregate in a small area — about 200 miles along the top of the Antarctic Peninsula — and visit about 54 places covered by IAATO guidelines.

'Our intention is to develop site guidelines for more sites so we can spread out a bit more,' Combrink elaborated. 'The advantage is we'll know those sites first, but we won't keep them a secret. We believe the success of other companies in Antarctica is our success. Our mission is to make Antarctica as successful and safe as possible, like all the other Antarctica operators. There's a strong collaboration.'

For its 12-day scouting trip in January, Silversea is chartering a research vessel from its partner, DAP Antarctic Airways, and will take a captain, expedition team members and expedition development/operations staff to assess places that are authorized by the ACTM but lack IAATO guidelines.

Aim to visit about 50 places

The Silversea trip, which Combrink said he's been planning for four years, is being organized by one of his deputies, Stefan Kredel, senior director expedition development and operations.

Kredel's traveled to Antarctica well more than 100 times since 1998 and he hopes the group can visit about 50 places. It has identified sites with attractions like a bird colony, a seal colony or nice scenery like a glacier front. They've also studied sea charts for suitable anchorage. 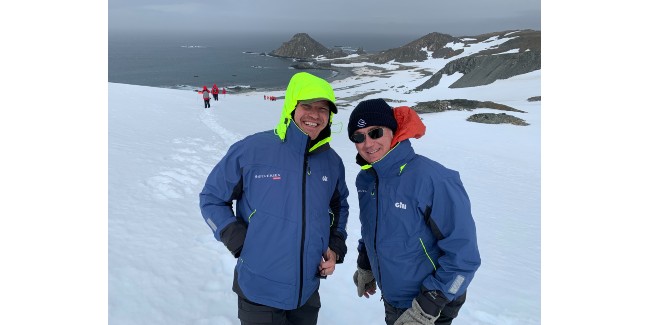 Kredel doesn't know of individual cruise operators undertaking such a mission before.

Beyond 'the milk run'

'A lot of ships' are now visiting Antarctica, he said, and 'most go to the same places' — what Kredel called 'the milk run,' popular sites like Port Lockroy, Neko Harbor, Cuverville Island, Paradise Bay and Lemaire Channel.

There are two types of site guidelines: ATCM guidelines that all must adhere to and IAATO guidelines, for adherence by IAATO members in addition to ATCM guidelines, said Lisa Kelley, deputy executive director/director of operations and government affairs, IAATO.

Antarctic Treaty Parties come together once a year at the ATCM. As an invited expert since 1994, IAATO participates in these meetings, providing advice on tourism-related issues to facilitate discussions about managing human activity in Antarctica.

In 2011, through Resolution 3 (2011), the ATCM adopted the General Guidelines for Visitors to the Antarctic, which provide general advice for visiting any location, with the objective of ensuring visits do not adversely impact the Antarctic environment or its scientific and aesthetic values.

Parties implement the Antarctic Treaty and its Environment Protocol into their domestic law. National legislations establish a permitting regime for activities in Antarctica, and eligible visitors are required to obtain the necessary permits in advance from the relevant Competent Authority of each Antarctic Treaty Party.

Besides adhering to ATCM site guidelines, IAATO members have to follow the specifics the association creates and routinely enhances. These can go on to be adopted at ATCM, and have been in the past.

Addressing Silversea's plans, Kelley said 'IAATO welcomes all input regarding any sites which enhances its mission of advocating and promoting safe and environmentally responsible Antarctic travel.'

She added: 'We routinely enhance our existing guidelines following feedback from members, as well as develop site guidelines for locations currently without them. When we do this, we ask operators to trial the proposed site guidelines during the season, offering feedback to strengthen them before they’re put before the wider membership and voted in at an IAATO annual meeting.'

New site guidelines being trialled by IAATO operators this season are for President Head, Heronia Island and Red Rock Ridge.