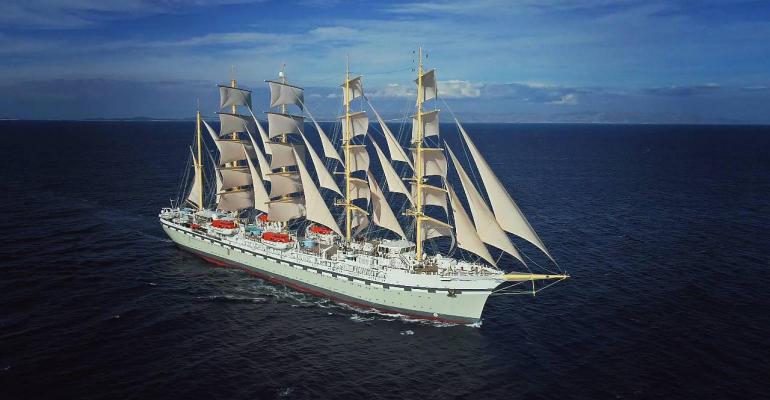 Carrying 272 passengers with a crew of 159, the ship will sail the Mediterranean, Asia and further afield.
Tradewind Voyages launched a new programme that includes nine voyages departing and concluding in the UK, with seven from Harwich and two from Glasgow between May and August 2021.

The 272-passenger Golden Horizon will sail a 21-night midnight sun voyage from Harwich to the Arctic in June next year. From Tromsø, the vessel will visit several ports including Longyearbyen in Norway’s Svalbard archipelago and Honningsvåg, gateway to the North Cape.

A 15-night Bay of Bengal and Malacca Straits voyage will depart in November from Sri Lanka’s capital Colombo, moving on to Thailand and Kuala Lumpur. Passengers will have the opportunity to view wild leopards at Yala National Park, shorebirds at Bundala National Park and elephants at Udawalawe.

Itineraries were announced earlier, and the ship's inaugural Australia circumnavigation is detailed here.

The launch is backed by a promotional campaign called ‘Powered by the winds of change,' intended to highlight the company’s commitment to sustainability and its assurances to protect customers’ money during the pandemic.

All monies taken for bookings will be held in a trust account until holidays have been completed and if the cruise line has to cancel a voyage due to COVID-19, it guarantees customers will be able to transfer to another voyage or receive a full refund.