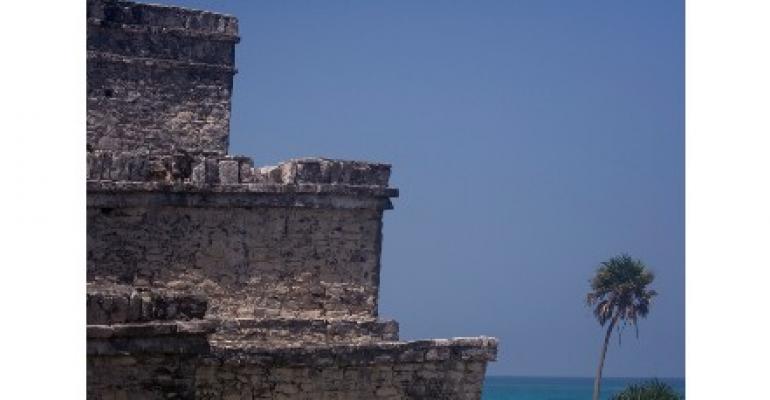 The seaside Mayan ruins of Tulum are an iconic destination

Mexico reportedly sent 450 troops to the Caribbean resort of Tulum after two foreign tourists died in a drug-related gang shootout last week, raising questions about the safety of shore excursions to the nearby Mayan ruins.

The victims were at a downtown restaurant when they were caught in the crossfire of two drug-dealing groups, according to news reports citing the Quintana Roo prosecutor's office. Three other tourists were wounded.

Tulum's seaside ruins are an iconic destination for cruisers to Cozumel, who transfer by ferry to Playa del Carmen on the mainland then travel to the site by motor coach.

Ruins are some distance from downtown

'We are all worried about the situation in downtown Tulum,' said Trino Molina, managing director of Aviomar Adventours, a leading tour operator. However, Molina noted the Mayan site is a distance away so excursions aren't impacted, he told Seatrade Cruise News, adding: 'The presence of the military will help in the area.'

The archaeological zone is located about 2.5 miles from downtown.

Molina said lines are going to the Mayan site on a weekly basis but not all operators are offering tours to the mainland yet due to reduced capacity on board and the fact that passengers currently prefer not to travel far from their ship.

A spokeswoman for Carnival Cruise Line said it has not offered Tulum tours since passenger operations restarted.

Holland America Line is still a couple weeks away from its first port calls in the western Caribbean. A spokesman said the company is reviewing the situation and assessing safety at Tulum.

A Royal Caribbean Group spokesman could not immediately provide information on Wednesday.

Cruise ships get the green light to homeport at Fusina, Venice
Dec 06, 2022