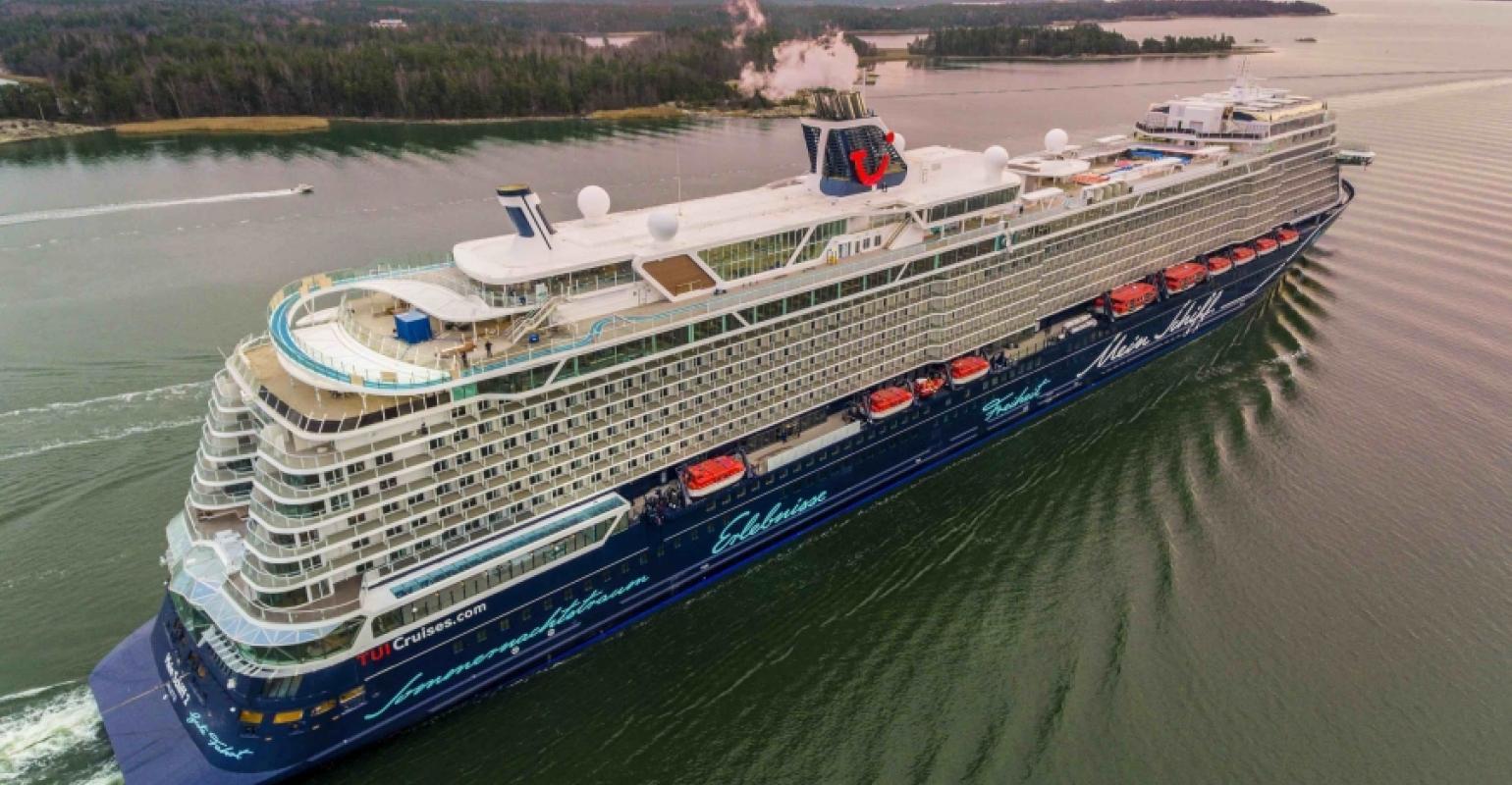 A choice of two Mediterranean itineraries are available on board TUI's Mein Schiff 2
TUI Cruises is adding inter-Canary Islands to its growing list of resumption of cruise operations following restarts in Germany and Greece.

Mein Schiff 2 will embark on seven-day charter-flight cruises, sailing from Hamburg on October 30 to Las Palmas and arriving November 6, following one stop at Santa Cruz on November 5.

The full charter flight operation will depart from Hamburg, Berlin, Hannover, Munich, Dusseldorf and Frankfurt with TUI fly, with no individual travels to the vessel permitted.

Turns will be done Las Palmas and Intercruises will be responsible for ground handling and 'bubble' tours; individual 'excursions will be excluded.

All passengers must have taken a PCR or antigen test before being allowed to sail.

Approval was granted last Friday by Las Palmas and Santa Cruz port authorities, which created a working group earlier in the summer made up of regional transport and health ministers.

The cruise line delivered its Healthy Return to Service Concept to the Spanish Port Authority (Puertos del Estado) in July via its port agency Hamilton y Cia. A month later, the Spanish Port Authority drafted a guide on the procedure for obtaining authorisation for entry to Spanish ports or itineraries through Spanish ports and provisional approval was granted to TUI Cruises by the Puertos del Estado in Madrid.

Cruise ship operations were prohibited in Spain at the end of June, with authorisation possible in exceptional cases only.